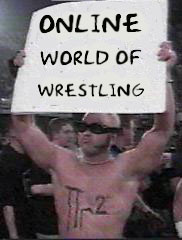 OWW Genesis is excited to present a new addition to the forums – OWW Tournaments! OWW Tournaments is an innovative section to Genesis which takes fantasy tournament to a whole new level. A number of themed tourneys are in the stages of being formulated and will be released to the forum public individually, a new tournament will be introduced at the conclusion of the previous tourney.

Selecting a winner of any OWW Tournament round to advance will not be as simple as clicking your choice on a poll. OWW Tournaments will challenge voters point of views in hopes of making them come out of the tournament learning something new about a wrestler they never knew before. Tournaments endeavours discussions with logical, realistic, scenarios when comparing wrestlers wrestling against each other based on background, psychology, move set

eg: Curt Hennig vs. Jake Roberts – Hennig can out wrestle Jake throughout the match, but Jake’s smart, how many times have we seen Jake take punishment only to wait it out, find an opening before BAM! DDT out of nowhere! Character wise, being “pride comes before the fall”, being the Mr. Perfect character entails arrogance and tendancies to slip up due to foolish pride, remember how Hennig lost the AWA World Title to Jerry Lawler, and how he lost to Brutus Beefcake at WrestleMania VI?  What Jake lacks in physically he can make up for his mind, the reality of the match would be Hennig dominating before Jake moving in with the DDT