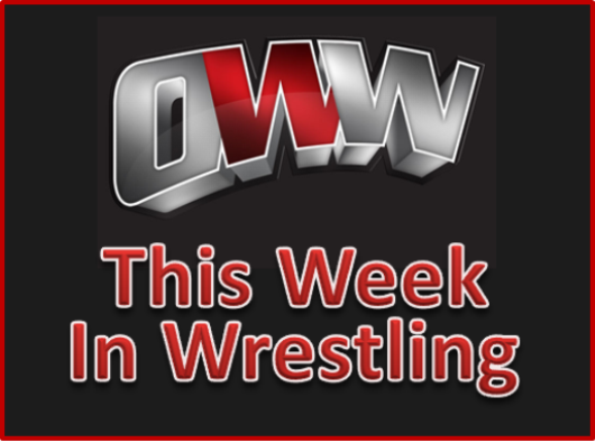 “Mr Upgrade” Mike Reed gets the pin over Chris “The Show” Steeler after being distracted by newcomer Aaron Stride.

Harry M. Baldwin wins an Olympic Barbell lifting challenge over “Heavyweight” Sean Royal then takes the pin in the match over him as well.

Colton Quests wins his match over “Mercenary” Nick Sohlo, and then gets beat down in an impromptu match by newly introduced Aaron Stride.

“Mexican Hardcore Champion” Pedro Duro gets the win over “Legendary Chick Magnet” Mozart Fontaine after an unknown member of Pedro’s mariachi band jumps the ropes and knocks out Fontaine.  There was a “Mask vs the Bowtie” stipulation in which if Pedro loses he has to return Fontaine’s bowtie and Fontaine gets to take his mask!

After the match the locker room payed tribute to Adam Pearce.

Race for the Ring Finale

The Lyceum in Brooklyn

Two title matches have been signed – The double main event will have:

TV STARS FROM THE PAST AND PRESENT

Superstars of Wrestling presents “The Rising” when pro wrestling debuts at the Spotswood Knights of Columbus, 30 Crescent Avenue on Friday, February 28 at 7:00pm. After their last Middlesex County show in December in Parlin, the excitement now switches to Spotswood.

Already signed are former WWE stars Koko B. Ware. Salvador Sincere, Justin Credible and Nunzio who are all bringing their unique styles of sports entertainment to the event.  In addition, current stars from TNA Impact Wrestling Rhyno and Sonjay Dutt will also be in action. Management is already promising more names and talent to be named shortly.

Related ItemsTWIW
← Previous Story Recent interview with Austin Aries where he discusses possibly making a run in WWE, and more
Next Story → Indy star Sigmon talks about his heel persona, John Cena, his advice to newcomers, and more