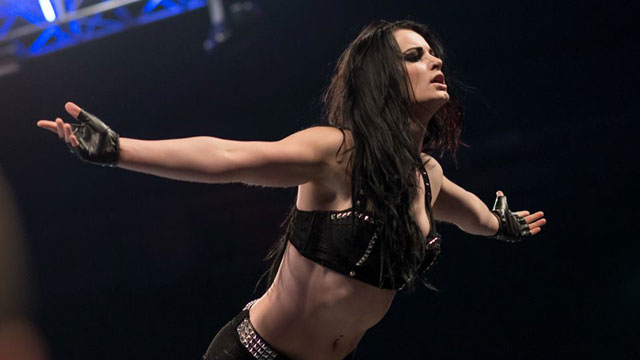 Dubbed the “Diva of Tomorrow,” Paige has been making waves in WWE since her groundbreaking time in NXT.  After becoming the first-ever NXT Women’s Champion, Paige went on to hold the WWE Divas Championship, becoming the youngest Diva ever to do so.  Audiences can also catch Paige every Tuesday night, as a cast member on the hit E! reality series Total Divas, and as a judge on USA Network’s WWE Tough Enough.

On each installment of “Stone Cold” Podcast Live!, immediately following Monday Night Raw, which airs on USA Network, Austin will sit down with the biggest names in WWE and the world of sports and entertainment for a no-holds-barred, in-your-face, exclusive one-hour interview.  For a clip from the last installment with special guest Paul Heyman, click here.

WWE Network is the only place to get all 12 WWE pay-per-views LIVE at no additional cost, exclusive original programming, and the most comprehensive video-on-demand library with more than 3,300 hours of content, including every WWE, WCW and ECW pay-per-view.

Like other digital subscription services, such as Netflix and Hulu, fans are able to sign up for WWE Network online by going to WWENetwork.com, and can watch WWE Network on their TVs through connected devices such as Sony PlayStation 3, Sony PlayStation 4, Xbox One, Xbox 360, Amazon Fire TV, Apple TV and Roku streaming devices as well as Smart TVs including Sony and Samsung.

WWE Network is available in more than 175 countries and territories, and reached 1.3 million subscribers as of March 31, 2015.