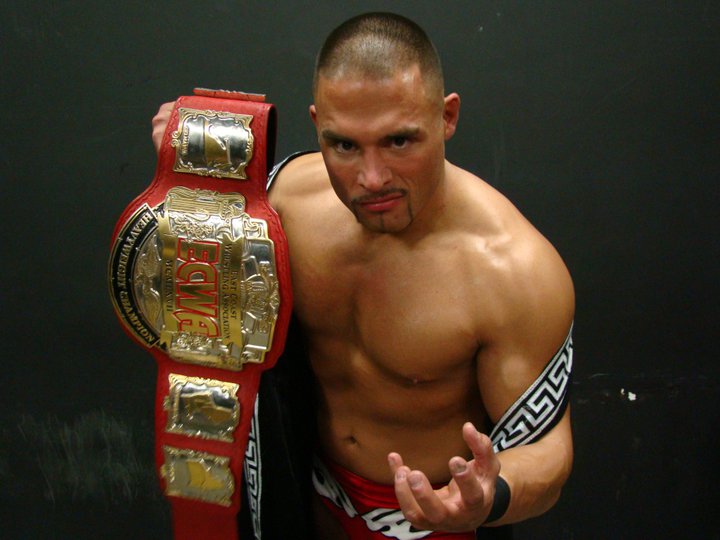 “The Greek God” Papadon recently participated in an interview with PWMania.com. Papadon covered topics including WWE, meeting Vince McMahon, the creation of his persona, his experience on the independents, Extreme Rising and his goals for the future. Here are some highlights from the interview:

Working In WWE: WWE is a well oiled machine. They’re very well organized. They have the pyrotechnics in one place, catering in another, the writers in some other area. Everyone knows what they have to do without stepping on each other’s toes. Way different from independent shows. I’ve been to indy shows where I show up and the ring’s not there yet. Or the shows start a half hour late.

Meeting Vince McMahon: I have met Vince once. I shook his hand, said hello and that was basically it. But if I were to see him again, I would definitely try to strike up a conversation with the guy. I know some guys in my position that go to WWE and they walk around on eggshells. They are afraid to piss off the wrong people or shake peoples’ hands. You need to have confidence in this business. Just like picking up ladies at a bar or a job interview, you have to be confident. If you want to be in WWE and you don’t believe in yourself, how are you going to entertain millions of fans?

Plans To Be In WWE: But I plan to be in WWE one day. And I know it’s going to happen, because I will make it happen no matter how long it takes. I want to be in the main event of Wrestlemania. I want the Papadon action figures. I want the world to know the name Dimitrios Papadon.