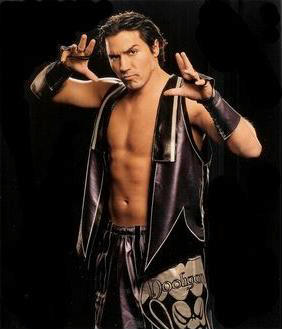 Paul London has been one of the most recognizable names among the most ardent of wrestling fans for the better part of the past 15 years. Now, the “Intrepid Traveler” is making a stop in Pittsburgh, and is eager to spread his knowledge and experience to the next generation of hopeful superstars. London will be hosting the following two seminars –

Wednesday, October 16, 2013 at 7:00PM at the PWX Wrestleplex at 2125 Beacon Street in McKeesport, PA. Cost is $35. The seminar is open to pro wrestlers of all experience levels.

Paul was one of the fastest-rising stars during what many call the modern “golden age” of independent wrestling in the early-mid 2000s. In his early-20s, Paul was courted by each of the top wrestling promotions – WWE, TNA Wrestling, and Ring of Honor. Paul was in such high demand – he didn’t just compete in all three promotions in the same year… he once competed for all three promotions in the same WEEK! After signing with WWE, Paul moved on to a successful run in the Tag Team & Cruiserweight divisions, including the longest reigning WWE Tag Team Title reign (with Brian Kendrick) of any kind since the historic reign of Demolition in 1988-89. Today, Paul is frequently seen on Ring of Honor television, and wrestles regularly independently across the United States, including regular stops in Canada, Europe & Australia.

Paul now brings his vast knowledge and world-traveled experience to you, covering such topics as: singles as well as tag team psychology, match structure, self-marketing and how to get seen & get yourself noticed, and much more. Paul London has seen and done it all and now will show you how to do the same!

To reserve your spot…