Pepper Gomez’ Hall of Fame ring up for possible bidding 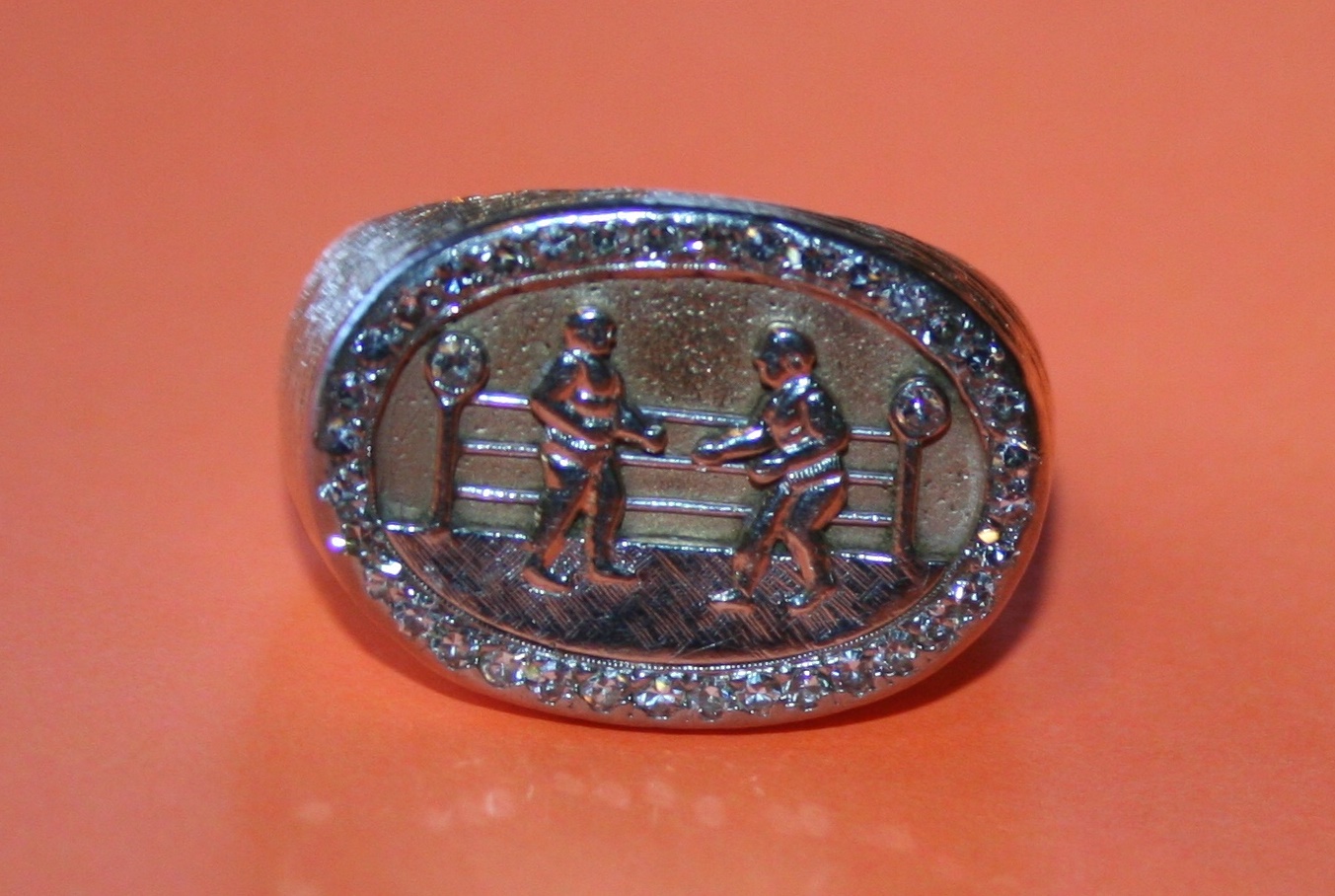 The wife of legend Joseph “Pepper” Gomez is trying to find a buyer for his Hall of Fame ring to help offset the cost of her expensive cancer chemo and radiation treatment near her Central California Valley home.  The ring was reportedly given to Pepper by Houston promoter Morris Siegel in 1966 when he offered to put the bond of Pepper for the NWA World Championship for Sam Muchnick and his promoter’s board of directors at their annual Vegas convention.  Pepper was the area’s top star there and had wrestled and held titles in most every territory as he would for promoter Paul Boesch who succeeded Siegel in that circuit.  Gene Kiniski was eventually selected by NWA Champ at the time(and our former CAC president) Lou Thesz in concert with Muchnick.

The ring is encrusted with diamonds on the sides and specifically on the front of the ring, around the periphery of two wrestlers inside a squared circle.   If anyone is seriously interested, please email [email protected] and he’ll have Teri Gomez call/contact any party directly.