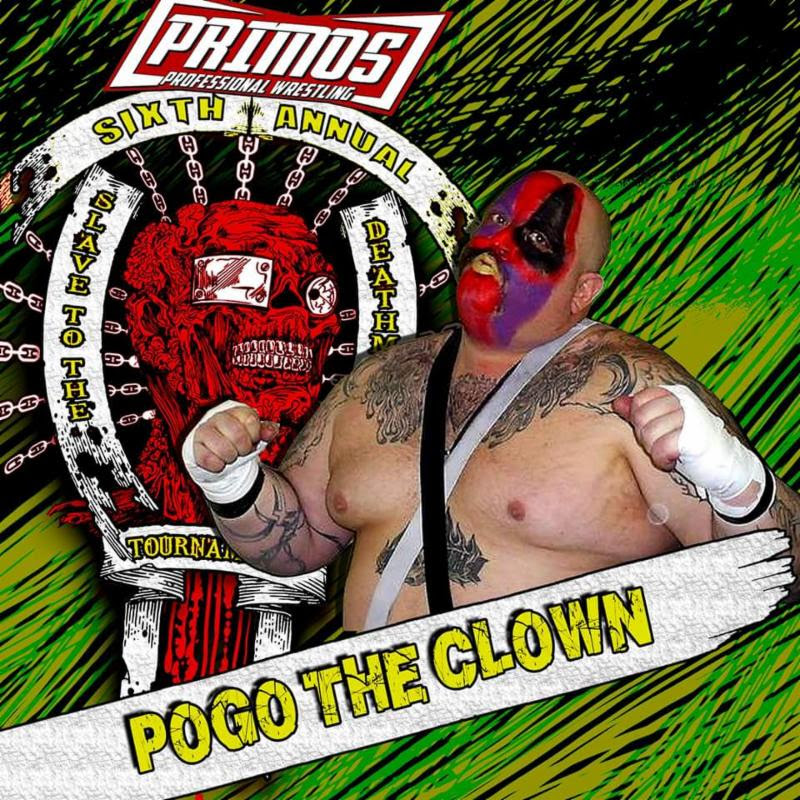 Primos Pro Wrestling would like to officially announce Pogo the Clown as an entrant in our annual Slave to the Deathmatch (STTDM) tournament. The event will take place on September 19th, which is a Saturday, at the Watering Bowl at 5411 Leetsdale Dr. Denver, CO. Doors will open at 5:30 and the show will start promptly at 6pm. You won’t want to miss this event, as this is likely to be Pogo’s last match. We stand behind Pogo and our booking, and remained neutral in a situation that has been heating up in the last couple of days. Pogo was recently interviewed on the highly trafficked wrestling podcast 1 Gimmick World and spoke with hosts Vito Thomaselli and Ben Jordan about no longer doing the Pogo gimmick and being tired of living in it’s shadows. Two days after the interview we proudly posted Pogo as an entrant in STTDM which has caused quite the stir.

Here is an interview with Pogo (aka Joe Applebaum), and 1GimmickWorld published the article “Why Did Pogo Lie” here!

This should be exciting!