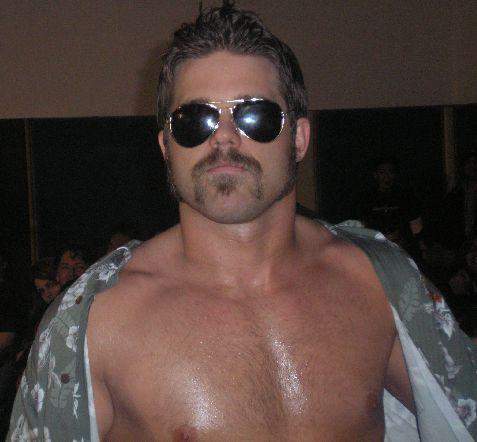 If you missed the Tuesday May24th edition of the Online World of Wrestling Radio with host Alan Wojcik and contributors Spug & Kevin Scott, here are the highlights:

***The program was opened by unfortunate news. We were schedule d to have UFC star and author Brock Lesnar. However his book publishing company that set up the interview; HarperCollins, informed us Mr. Lesnar had to pull out at the last moment. He had done some media interviews during Tuesday and his Diverticulitis flared up, sending Mr. Lesnar to the Mayo Clinic.

***The show moved on to an exclusive interview with one of the godfathers of Pro Wrestling Guerrilla and OWW Radio Baseball Analyst JOEY “MAGNUM” RYAN who talked about the current news in Major League Baseball along with memories of his career, holding the NWA World Tag Team championship with Karl “Machine Gun” Anderson, how PWG came to be & who handles what in the home office, plus fielded some listener queries.
You can find out all about PWG’s huge All Star Weekend 8 event by logging onto www.prowrestlingguerrilla.com

***Following a commercial break, Alan and Spug broke down the press release regarding the sale of Ring of Honor to the Sinclair Media Group including the long & short term effects. The program shifted gears to an hour long memorial discussion in honor of the sudden passing of “Macho Man” Randy Savage. Joining Spug and Alan were the curator of www.TheHistoryofWWE.com GRAHAM CAWTHON & the co-author of the critically acclaimed WWE Encyclopedia BRIAN SHIELDS. Each person gave their memories of Randy, including some behind the scenes stories you will not hear on any other program. You can FOLLOW both men on Twitter, Graham @ TheHistoryofWWE and Brian @MightyPen_Sword

***The program moved onto TNA Wrestling news with Spug and a semi-drunk Kevin Scott AKA Jamal. The discussion included the news of Head of Talent Relations Terry Taylor being let go and former WWE executive Bruce Pritchard taking his post and a review of Impact Wrestling that featured less than 22 minutes of wrestling on the “Wrestling Matters” program. Once Spug’s snoring stopped the show moved onto WWE where the trio recapped the Over the Limit PPV, Tough Enough, Monday Night Raw and news regarding Kharma, superstars and medical insurance, CM Punk & Paul Heyman & more.

http://wildtalkradio.com/oww/owwradio052411.mp3 is one way how you access the archive of THIS show. Click it you know you wanna!! You can also get this and other past shows, by logging onto www.clickwrestle.com/podcasts/owwradio. ClickWrestle Video On Demand is also home to thousands of matches from around the globe. The show can also be found on iTunes http://itunes.apple.com/us/podcast/oww-radio/id334739148?ign-mpt=uo%3D4. Best part it’s FREE!!

***WTR and OWW remind you if you missed any of the previous WrestleMania Memories interviews featuring Sid Vicious, Brutus “the Barber” Beefcake, Jerry “the King” Lawler, Road Warrior Animal, George “the Animal” Steele, “the Genius” Lanny Poffo or Serena Deeb; you can download them now by following our archive links below to ClickWrestle On Demand or the iTunes Store. Did we mention IT’S FREE!!!
Online World of Wrestling Radio is hosted by Alan Wojcik (http://alanwojcik.tripod.com  for credentials) with contributors from across the wrestling world and the most important people, listeners like you joining in the chat room and on the air!! No opinions are too outlandish (just try and stay on topic)  The show airs Tuesday nights 9pm until we run out of stuff to talk about on the Wild Talk Radio network. The links to listen live can be found at www.owwradio.com and www.wildtalkradio.com .