Pre-Order The Expendables on DVD

THE EXPENDABLES
Directed by Sylvester Stallone

Product Description
They might be expendable, but they sure are durable: The Expendables is crammed with well-traveled action heroes, called to a summit meeting here to capture some of that good old ultraviolent ’80s-movie feel. Star-director Sylvester Stallone rides herd as the leader of this mercenary band, which includes Jason Statham, Jet Li, and Stallone’s old Rocky V nemesis Dolph Lundgren. Mickey Rourke, looking like a car wreck on Highway 61, plays the tattoo artist who communicates the gang’s assignments to Stallone; throw in Terry Crews and Ultimate Fighting champ Randy Couture, and you’ve got a badass crew indeed. The specifics here involve a Latin American island where US interests have mucked up the local politics beyond repair–but when Sly’s eye is caught by the feisty daughter (Giselle Itie) of the local military jefe, a simple job gets complicated. Adding to the B-movie flavor of the enterprise, we’ve got Eric Roberts and Steve Austin bouncing around as badder-than-the-bad guys, plus Bruce Willis popping in for a one-scene bit, and… well, perhaps another unbilled cameo. The violence doesn’t reach the frantic pace of Stallone’s last Rambo picture, but it builds to a pretty crazy crescendo in the final reels, during which each cast member gets to show his stuff. Although Stallone’s face looks younger than it did in the first Rocky movie, his line delivery is more sluggish than ever, and what lines! The dialogue is stuck in the ’80s, too. Although it’s pretty ham-handed throughout, The Expendables is likely critic-proof: the audience that wants to see this kind of body-slamming throwdown isn’t going to care about the niceties. Let the knife throwing begin. –Robert Horton 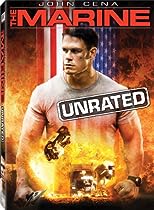 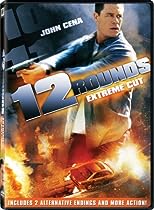