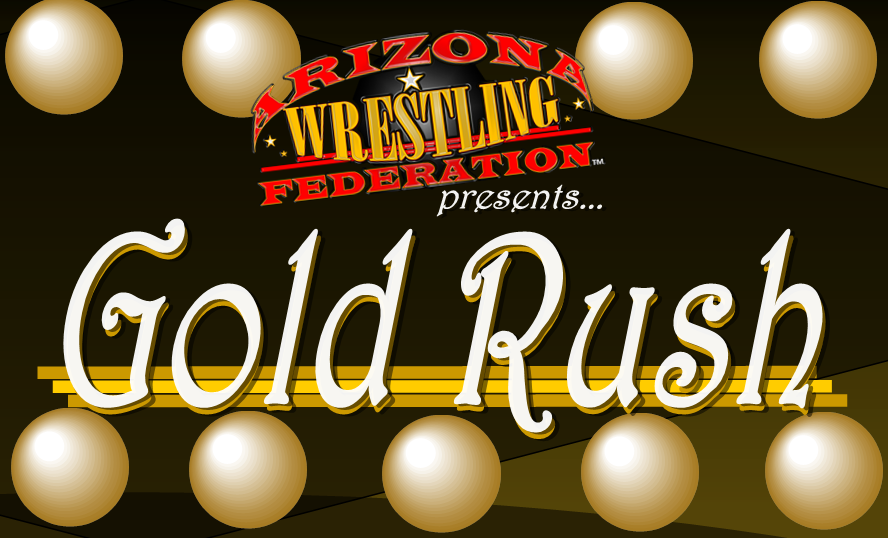 This will be the first championship title awarded in the Arizona Wrestling Federation. As of the writing of this article, every man on the AWF roster is eligible for a shot at the championship.

The Gold Rush championship tournament is one of the most unique styles of tournament. Seven of the top AWF competitors have been selected to participate. These men will be divided into two separate Fatal-Four Way elimination matches. The winners of the two matches will meet at the main event with the Arizona Wrestling Federation Championship on the line.

To commence the night’s activities, there will be a 20-man battle royal featuring AWF stars not already in the Tournament. The winner of first ever Wildcard Rumble will receive the eighth, and final, spot in the tournament and will be eligible to compete in one of the Fatal-Four way matches.

About Arizona Wrestling Federation:  The AWF brings an exciting mix of professional wrestling styles, such as: American style grapplers, super heavyweights, cruiserweight, and lucha libre wrestlers. They promise exciting shows that the whole family can enjoy and entertainment that appeals to all fans. Their initial events have quickly attracted a growing base of dedicated professional wrestling fans that are enthusiastic and extremely vocal. Attendance for all prior events has reached triple digits.