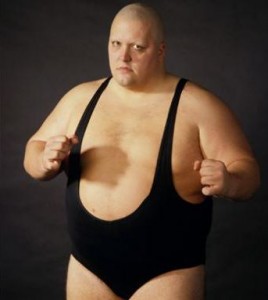 Please help us spread the word about the King!  He’s a really great guy in every way.  For me, Wrestlemania 2 will always be the greatest one of them all.

Post-production on the independent dark, comic adventure “Fight the Panda Syndicate” finished in October 2011, which took four years to make and employed the artistic talents of over 450 individuals from eight different states, including former the legendary World Wrestling Federation Superstar King Kong Bundy and with music by Swedish Composer Glen Gabriel, recently awarded Best Composer at the LA Webfilm Festival two months ago for his work on the webseries “The Danger Element.”  This film also features original music by David Baron, Ricky Bustamante, Timothy Trojan, Noah Brooks and Michael Nashanian of PT Grimm.

www.stevenbley.com/presskit-2011.pdf.  For more information on this film, visit www.crazyelkproductions.com.  We thank you very much in advance for your time and consideration of this release.