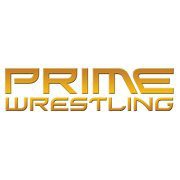 PRIME Championship – Johnny Gargano (c) vs. RHINO
Two weeks ago Rhino sent a message to Johnny in the form of a Gore, injuring the champion’s ribs. In spite of the setback, Gargano is, as always, determined to battle on as only he can, and is showing no fear in the face of the former 2-time World Champion. Rhino did the unthinkable at Wrestlelution 5, ending Bane’s undefeated streak at that particular event. Now, he aims to take out his second PRIME icon. Can Rhino add the PRIME Championship to his resume? Will Gargano’s title reign end before it can even truly begin? Will Krimson & The Dead Wrestling Society have any further response to their involvement in this situation?

“Zombie Princess” Jimmy Jacobs vs. Bobby Beverly
Special Referee: New 102 FM’s Kory
When Bobby Beverly stated his intentions of pursuing the PRIME Championship during an interview a week ago, it raised the ire of Jimmy Jacobs. The Zombie Princess blames Beverly’s insubordination for throwing his plan off kilter and, ultimately, losing the PRIME Championship to Johnny Gargano at Wrestlelution 5. Jacobs wants to teach Beverly a physical lesson he never had a chance to and use it as a steppingstone to a rematch with Gargano. However, a problem arose when Commissioner LaBar informed Jacobs that referees had washed their hands in this match after BOTH Jacobs & Beverly assaulted officials in their Wrestlelution 5 matches.
Kory, who was conducting the interview, informed everyone that he had actually been trained as a referee some years ago before getting into the radio industry and was licensed appropriately to call this match! Kory blames Jacobs for Kory getting accidentally kicked in the face during the Jacobs vs. Gargano match, so will that affect his call of the match? Which man will get the proper momentum to pursue the PRIME Championship?

Gory vs. Thomas Adams
The former TV Champion sees ring action for the first time since his brutal Casket Match with Facade at Wrestlelution 5. Young 20-year old rookie Thomas Adams drew the short straw here as he attempts to prove himself against a soulless animalistic demon. What will Gory do now that his ten-month stranglehold on the TV Title has ended?
This plus comments from TV Champion Facade, Matt Cross, Gregory Iron, Justin LaBar and more!