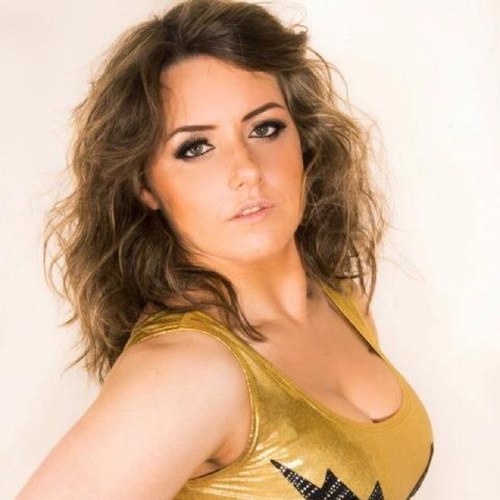 Europe’s premier all female wrestling promotion in Pro-Wrestling: EVE together with the longest running professional female wrestling promotion in the world today in Japanese Women Pro-Wrestling Project (JWP) are pleased to announce that EVE Champion “The Dynamite Queen” Nikki Storm will be heading to Japan for a one month tenure from April 9 – May 5 2013.

This marks the third occasion that the two promotions have worked together exchanging talent since November 2012 that has seen talents Emi Sakura and Kaori Yoneyama come to the UK while Kay Lee Ray and now Nikki Storm venture to Japan.

Regarded by industry experts as the best female wrestler in Europe today, the 2 time EVE Champion Nikki Storm is looking to prove that she’s more than just Europe’s best but also live up to her claim of being “The World’s Finest Wrestler” when she ventures to Japan to make her debut at the hallowed Korakuen Hall on April 14. It is there where Storm teams up with a mystery partner to face the team who place second in the current JWP 2013 “Tag League The Best” round robin tournament, the finals of which are to be held on April 7 between Heart Move (Hanako Nakamori & Morri) and The Jumonji Sisters (Dash Chisako & Sendai Sachiko).

Despite this being Storm’s first tour of Japan, the EVE Champion has tangled with with 3 of Japan’s finest wrestlers in the form of Tsukasa Fujimoto, Hikaru Shida and joshi legend Emi Sakura. While “The Dynamite Queen” racked up victories against Fujimoto and Shida, Storm lost the Pro-Wrestling:EVE Championship to Sakura in an impromptu match during the closing moments of EVE iPPV “WrestleFever”.

However on February 2nd in Preston, Lancashire, Storm survived the aggressive assault from the defending champion,  reclaimed the Pro-Wrestling:EVE Championship in impressive fashion and became the first ever two time EVE Champion at “No Man’s Land 2!” In addition to this, Storm sent Sakura and everyone in the EVE locker-room a message when after the match she attacked both Sakura and Sakura’s former student April Davids and left the pair laying in the middle of the ring following a vicious post match assault.

Though Storm later admitted on her twitter account (@NikkiStorm1) that she respected Emi Sakura for her in ring abilities and even going as far as to thank the former EVE champion for the match, Storm had made sure to put everyone in EVE on notice that the EVE Championship was now around the waist of professional wrestling’s Moriarty of mayhem, the most calculating, venomous and malicious female wrestler in the industry today “The World’s Finest Wrestler” – ‘The Dynamite Queen’ Nikki Storm!

Can the Pro-Wrestling:EVE Champion dominate Japan like she has dominated Europe over the past 2 years? It all begins on April 14 at the world famous Korakuen Hall!

Keep up to date with the latest news on Pro-Wrestling:EVE and EVE Champion Nikki Storm on the official EVE Facebook page