Home / Miscellaneous / Professional wrestling has a long history in Montreal

Professional wrestling has a long history in Montreal 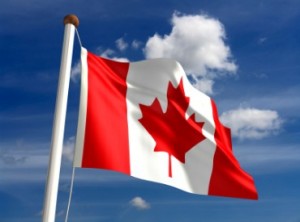 Editor’s note: David Dexter posted this article in in The Wrestling Newsgroup.  It’s a nice look at the history of professional wrestling in Montreal.

If you were a kid growing up here in the early 1970s, you probably remember names like Mad Dog Vachon, Edouard Carpentier, Killer Kowalski, Tarzan (The Boot) Tyler, The Hollywood Blondes and Giant Jean Ferré. I still remember going with my Mom to a wrestling card at the Forum during that period when fans greeted Gilles (The Fish) Poisson by throwing real fish into the ring.

But the history of wrestling in Montreal goes back much farther than that.

In 2010, Red Fisher wrote a 10-part feature series for The Gazette titled Red’s Top 10 Favorites, looking back on his most memorable articles and columns from 56 years in journalism. One of his favorites was a column about wrestling promoter Eddie Quinn, who Red described as “the most unforgettable character I’ve ever met.”

Before coming to Montreal in 1939, at the invitation of Canadiens general manager Tommy Gorman, Quinn was promoting wrestling in his hometown of Waltham, Mass.

“In Montreal, the only sound heard at his early shows was wrestling’s death rattle,” Fisher wrote. “Attendance at the Forum measured in the hundreds. Wrestling needed a quick fix and in Gorman’s view, Quinn was the doctor who could do it.

“Quinn knew that in Montreal, his biggest attraction had to be a French-Canadian: someone with color, style and good looks. A guy who would appeal to the ladies.”

That guy turned out to be Yvon Robert.

“He was big and blessed with matinée idol good looks,” Fisher wrote. “In his time, he was as big in Montreal as Rocket Richard. On some nights bigger, particularly on those he was being treated badly by a nasty opponent in defense of his ‘world heavyweight championship.’”

By the mid-1950s, with Robert and Michel Normandin doing the television play-by-play, crowds of 14,000 were filling the Forum every Wednesday night.

On Monday night, Montreal fans will fill the Bell Centre when World Wrestling Entertainment brings its Monday Night Raw show to town with John Cena taking on CM Punk in the main event for the WWE championship. Another big attraction will be Canadian Bret (Hit Man) Hart, who will be making his first appearance in the city since the “Montreal Screwjob” 15 years ago.

That was the night Hart lost his world championship to Shawn Michaels at a sold-out Molson Centre after WWE boss Vince McMahon decided to change the script and the pre-determined winner without telling Hart.

After losing his title, Hart responded by spitting at McMahon and then hitting him with a real punch, putting an end to his WWE career. But Hart, who would join World Championship Wrestling, and McMahon have since settled their differences and Hart will be back in Montreal Monday night.

“Over the years … in the last couple of years anyways, since we sort of got back on good terms again, I always thought: ‘I wonder what will happen when they’re in Montreal … whenever that happens, it will be a Monday Night Brawl eventually … they’ll have to think that maybe it would be a good idea to bring me into that,’ ” Hart, 55, said over the phone Friday from Calgary. “I didn’t expect it in some ways and wondered if it would ever happen, and here it is.”

Hart’s not sure what his role will be in Monday’s show, but he will definitely be part of the TV coverage.

I imagine the winner of Monday’s championship bout has already been determined by the WWE scriptwriters — unless they’re planning another Montreal Screwjob. Which brings up the long-asked question: is wrestling a sport?

“Clearly wrestling is not exactly a sport,” Hart said. “Nobody should consider wrestling a pure sport anyway.”

Wrestling isn’t a sport — it’s entertainment — and for that reason I debated whether to write this column. But with the long history of wrestling in this city — and no shortage of fans — I decided Monday’s event couldn’t be ignored.

In 2007, Hart wrote an autobiography titled, Hitman: My Real Life in the Cartoon World of Wrestling, in which he looked at the good, bad and ugly of his chosen profession, including his own recreational drug and steroid use and serial infidelity that led to a divorce.

In 2008, Mickey Rourke won a Golden Globe Award and received an Academy Award nomination for best actor for his role in the movie The Wrestler, in which he played an aging pro wrestler trying to hold on to his career despite failing health while also trying to mend a relationship with his estranged daughter.

I asked Hart — who suffered a career-ending concussion in 2000 and a stroke in 2002 after a headfirst bicycle crash — if he saw any of himself in Rourke’s character.

“I really didn’t see that much of myself in there at all, other than the fact that I did kind of relate to the fact that if I went back to wrestling for real, I’d probably be putting my life in danger,” he said. “I think one more knock on the head for me might be the last one. Even for me walking or slipping on ice is kind of a big fear. I have to be really careful with my pumpkin these days.”

He thought Rourke did a great acting job and added: “There is a lot of wrestling tragedies when you look at guys like Jake Roberts … there’s a few of those guys out there that are train wrecks like the guy in The Wrestler.”

Hart says he’s “very happy” with his own health, adding he still has a few aches and pains from his wrestling career and some balance issues after his concussion. And he’s proud of the fact he never actually hurt an opponent.

“The wrestling I know is an art form where the real artists don’t injure anybody at all,” he said. “You entertain your fans and the most important thing that’s critical to everybody, especially your opponent, is that nobody gets hurt in the making of the movie.”

He added: “I’m grateful for all the good things I got and the fact that I’m not in a wheelchair and survived my stroke. I’m quite happy with my life today.”

And he’s looking forward to coming back to Montreal.

“It’s truly a special night that I’ve been waiting for since the Screwjob,” he said, “and it would be great to put a better cap on things.”

It will be another chapter in Montreal wrestling history.