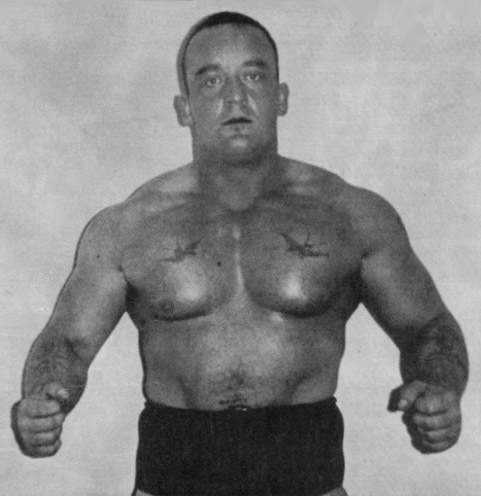 Dave Melzter wrote (May 16, 2010): Andre Baker, the promoter of the NWA U.K. Hammerlock promotion as well as a wrestler passed away yesterday, believed to be from a suicide at the age of 45. Baker ran both a promotion and a wrestling school, and helped get started Douglas Williams and Katie Lea Burchill among others, and was one of the first promoters to bring in former American stars for tours like Bryan Clark, Jake Roberts, Chris Chavis and Jim Neidhart. Funeral details are not yet available.

Mike Aldren wrote (May 17, 2010): British wrestler and promoter Andre Baker passed away over the weekend at age 45 reportedly after committing suicide. Baker founded a promotion called Hammerlock in 1993, which later merged with the NWA as an affiliate, which has helped the careers of several top UK wrestlers including TNA’s Doug Williams, WWE’s Wade Barrett, former Diva Katie Lea, among many others. He rubbed a lot of people the wrong way over the years but should be remembered for helping to regenerate the UK wrestling scene back at a time when business was virtually dead.

Dean Ayass wrote (May 18, 2010): Andre was the person who gave so many people, myself included, their first opportunity in the wrestling business. Doug Williams, Katie Lea Burchill, Prince Devitt, Jonny Storm, Jody Fleisch and former NWA World Champion Gary Steele, as well as many others all came out of the Hammerlock School of Wrestling that he ran. Andre challenged Dan Severn for the NWA World title back in [the mid-90’s] somewhere in New Jersey.