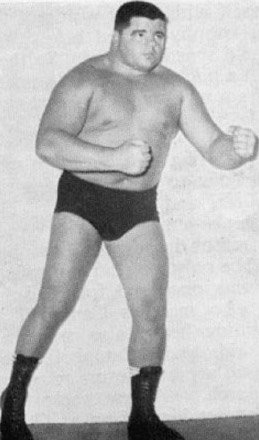 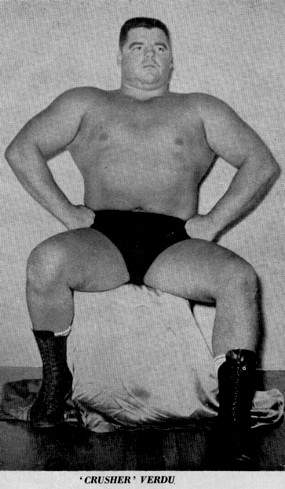 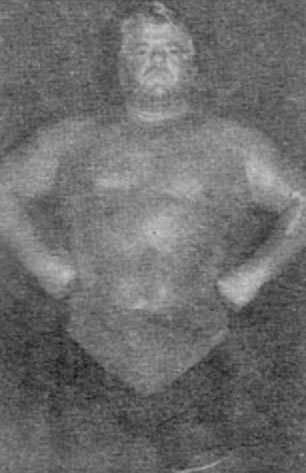 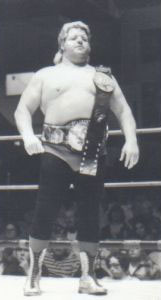 Brent Campbell wrote (2012): In 1970, Crusher had a decent main event run in the WWWF against Bruno Sammartino. He even won his first MSG match withBruno, due to a blood stoppage. In fact, one of their first matches was one of thefirst legit wrestling sell-outs in Madison Square Garden for nearly 5years. (Part of this was due to WWWF finally obtaining a time slot for their weekly TV show in the NYC market).

From Wikipedia’s Lou Albano page: Albano’s first high-profile protege was Oscar “Crusher” Verdu. Albanoemphasized Verdu’s physique and insisted that he had never been taken off his feet during a match. The result was a Madison Square Garden sellout when Verdufaced Sammartino in June 1970, the first for the company in five years and athen-record gate for a wrestling event in that arena. The record lasted only a month, when a rematch brought in over $85,000in ticket receipts.