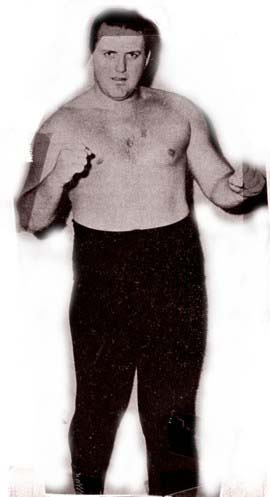 Dave Meltzer wrote (March 15, 2010): John Hill passed away last week in Indiana following a lengthy battle with cancer. He was 68. Hill, a native of Hamilton, Ontario, was best known in the 1960s and 1970s working under the names of Guy Mitchell, The Stomper, and Gentleman Jerry Valiant in the WWWF where in 1979 he won the tag titles with his storyline brother Johnny. During his career, he also held singles titles in Vancouver and Australia– winning the IWA heavyweight title in 1966 when Australia was among the top wrestling territories in the world. He was also one of the first wrestlers to be managed by Bobby Heenan. After retiring from the ring during the mid-80s, Hill worked in landscaping and construction and operated Hill’s Landscaping for 14 years. He is survived by his wife Carolyn and son Jonathan.

Rick Cave (fan of Big Time Wrestling in Detroit) wrote: Throughout the 70s, Guy Mitchell wrestled as The Stomper and formed a tag team with Ben Justice. Justice turned on Stomper during a boxing match against Killer Tim Brooks in Detroit when, while acting as Stomper’s second in the corner, he put Stomper in a sleeperhold between rounds, allowing Brooks to win. The feud began a sleeper-vs.-sleeper battle between the two which lasted for months. Justice also formed a new team with Brooks.

Stomper was also bloodied badly in a match when Dr. Jerry Graham began a short run as a crazed bloodthirsty heel in Detroit. Tony Marino would be the one that would exact revenge on Graham a few months later when Marino gave Graham the very treatment he had been giving opponents up to that time, bloodying Graham and leaving him laying.