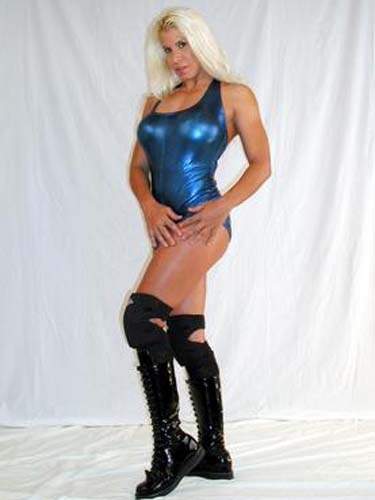 My family was very poor. My mother worked in the sugar cane fields and my father worked in a dairy farm. Life in Cuba was very bad under the Castro regime. All that we had was considered to be the property of the government – even the fruit from the trees we had in our yards. The Cuban Government would arrest you if you were to eat any of the fruit or use State owned beaches. All these amenities were for the Government and tourists. Food was rationed and we were told what to eat, when to eat it and how much we could eat. We could not wear shoes. If you were to buy shoes, then you were not allowed to buy underwear. The Government regulated every facet of our lives. We didn’t have bathrooms in our houses. We had to use public co-ed bathrooms and showers where several families (men and women together) would use the toilet and shower without any privacy whatsoever.

Coming to the United States when I was around six years old was the greatest thing to happen to me at that time. We settled in Miami, Florida as do almost all Cuban immigrants. Florida offered much more to us than Cuba and it was there that we began to settle in as new Resident Aliens. My family stayed in Florida for a few years and then we moved to Southern California where I am residing still.

Life in Southern California was no better than Florida. My family was still very poor and life was generally difficult. There was a time when I was sixteen years old and I had to hold down three jobs to support my large family. One was at a nationally known pizza delivery company; another was at a nationally known hot dog restaurant; and the third was a major super market chain. I worked very hard to survive because that is the way I was brought up. Hard work has always been a way of life for me and I am not afraid of it. I bring that work ethic to my modeling career.

I was nineteen years old when I met the love of my life, who was soon to become my husband, my soul mate, my lover. We were married and settled in Southern California. I realized another dream and became an American citizen just nine days before my wedding!! I am the only American citizen in my family.

I had always wanted to become a model, but because of my difficult life, the opportunities were just not there. Now that I was married, things began to change. I gave birth to two gorgeous children. One girl and one boy. My husband and I feel that our family is now complete.

I decided to get involved in modeling after my second child was born. I went through several agencies and I was not at all satisfied. I decided to become a freelance model and started getting work. I remained a freelance model for about two years and then started working with my current manager.

I am a very dependable, lovable, bubbly woman with a childlike streak in me. I am playful and easy to work with because I have so much to be thankful for. The modeling experience is my greatest dream and I give all my employers their money’s worth not only in my work, but in my dependability and my attitude. I always show up to work. I am almost always on time if not early. I do not use drugs of any kind. I do not smoke and I very rarely drink. I am very much into a healthy lifestyle and work out at the gym regularly for my own good and also to keep myself looking good for my career.

One day, I was approached by a small wrestling company and asked if I would be interested in pro style wrestling. The thought never crossed my mind, but as with so many other things in my life, I started to think about it and soon became very much interested in the idea of pro wrestling! I went to the company and received training whch proved to be a lot of fun in and of itself. A few days later we shot seven wrestling videos and it was a BLAST!!!! I have never enjoyed anything more in my life! It was such a rush to be doing supplexes, power bombs, back breakers, and so many other wrestling holds. I immediately knew I had found something I truly wanted to do!

I look at wrestling as a way for me to make something of myself and a way to be what and who I want to be. I love the physical nature of wrestling and I realize that it does take brains to do it. I think female wrestling is very hot and I believe more women should wrestle. I am currently with The Empire Wrestling Federation owned and operated by the legendary Jesse Hernandez. Jesse also owns The School of Hard Knocks where I train. I have been doing live event wrestling for a year and a half and I have been involved in many aspects of the promotion besides wrestling. This experience has been very valuable to me since it has helped get me more exposure with many feds across the country.

There is only one thing that upsets me about my career and that is the fact people tend to turn me down for jobs requiring latina models because they say I am “not latina enough!” I can assure you I am very latin and even though I have my dark hair bleached, I do indeed speak Spanish and I am certainly a full blooded Cuban!!! There are many Americans and other Latino persons who mistakenly believe a person has to look Indian or Mexican in order to be Latina or Latino. To expect all Latinas to have dark hair is a racist idea I intend to expose and change. If you don’t believe me, just watch the Spanish soap operas and Spanish news stations. Look at the women and see they look like American women. There are many natural blondes with all sorts of eye colors who are very, very Latin. I point this out to you just to educate people.

I hope this little biography tells you enough about me. I try to speak from my heart and be honest with people. I am very serious about my modeling career and I really like to work with people who are serious about working with models in general.