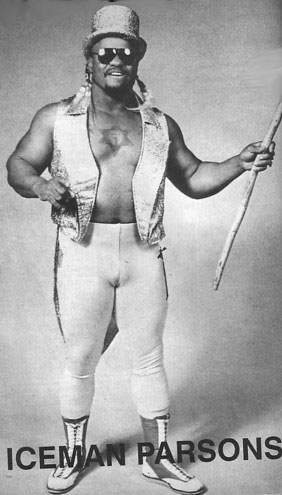 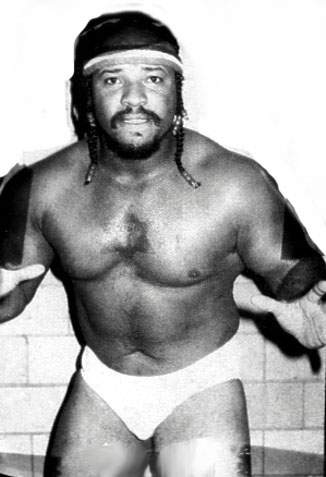 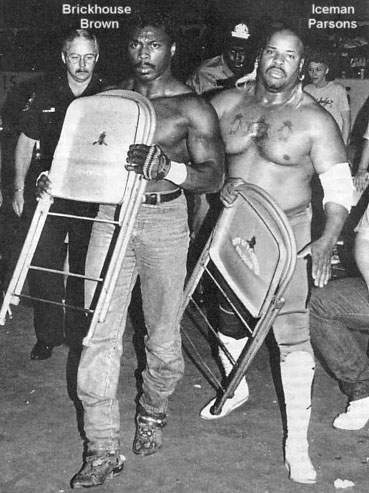 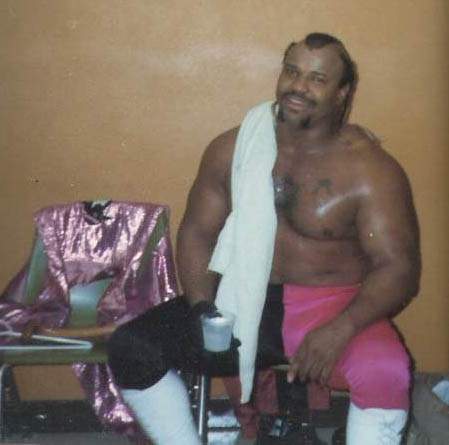 With David Von Erich as special referee Iceman Parsons nearly defeated Harley Race for the NWA World title. ( If I remember correctly Iceman initially won the match but the decision of David Von Erich was over turned by another ref.)

WCCW weekly televised main event: Iceman King Parsons defeated The Great Kabuki by clean pin after the Butt Bump. What made this match memorable is that this was Kabuki’s debut match as a member of Devastation Inc. One week earlier, General Akbar did an interview bragging about and praising his newest acquisition.( In my circle of friends, Kabuki losing to Iceman was a huge upset and Iceman became very popular in my neighborhood after that. Kids were doing the butt bump in the schoolyard at recess! Not kidding ! )

WCCW weekly televised main event: Iceman King Parsons is defeated by Freebird Buddy Roberts (who had a hand full of tights during the pin) in a hair vs hair match. Funny thing happened after the match however – Roberts and not Iceman lost his hair. After being pinned, Iceman quickly jumped on Roberts and beat the stuffing out of him. Iceman grabbed the Freebird hair cream and rubbed it in Robert’s hair.

Also, I don’t remember this too clearly but WCCW did run a vignette in which Iceman explains where the “Iceman” name came from. It had something to do with his job before becoming a pro wrestler.