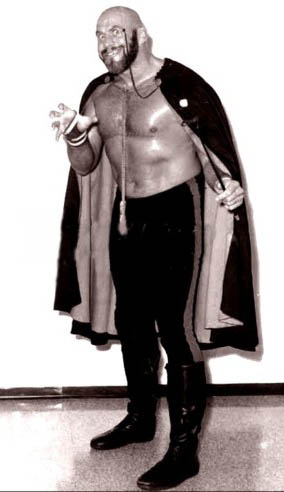 Former pro-wrestler Earl Black wrote: Killer Karl Krupp caused a riot on the way from the dressing room in St Johns. He had a hiding place for his car in St Johns. It was under a garage, so we would fill up with petrol, and Krupp paid the garage owner to hide his car so that fans could not destroy it. The garage owner had never been to a match, so Krupp got him tickets. After he had seen Krupp in action, the garage owner smashed up the car. Krupp got wrestlers barred from half the hotels in the Maritimes. One had been enough. Krupp was actually born in Holland, and suffered under the Nazi occupation as a child.