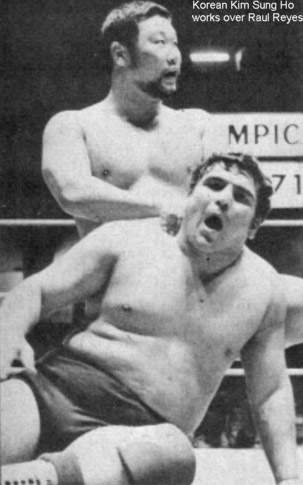 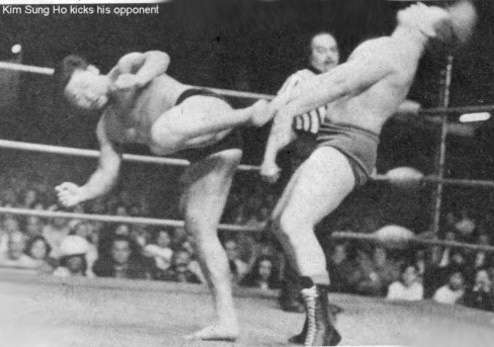 Hisaharu Tanabe wrote: [Kim Sung-Ho] wrestled for Japan Wrestling Association in April 1973. Then, he never returned to Korea but went to Los Angeles, where he gained more experience as a wrestler, and then moved on to Mexico. On June 29, 1973 he defeated Alfonso Dantes in Mexico City to become the first Asian to hold the prestigeous NWA World Light Heavyweight Title. He lost the title to the legendary Rey Mendoza on December 21, 1973 in Los Angeles. Afterwards, he wrestled in San Francisco, but according to my source, he suddenly retired in 1976.

Dave Meltzer wrote: That dude had one of the hardest heads I’ve ever seen. He’d take those chair shots like Masato Tanaka. Well, almost. The guys in those days tried to keep their opponents from becoming vegetables, but he’d stand there and take pretty hard shots and no sell them..