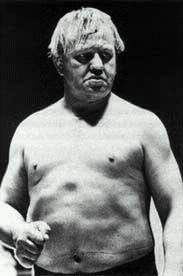 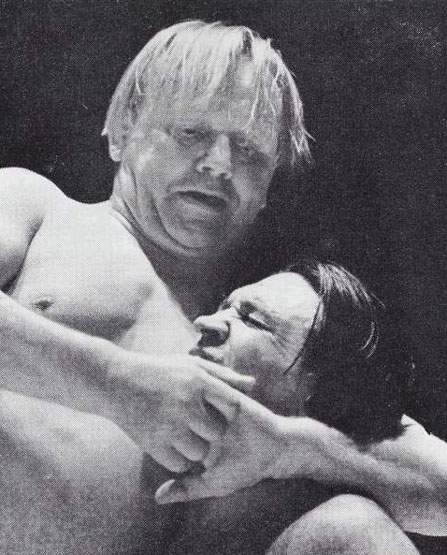 Martyn Russell wrote: Les Kellett was not from Manchester. He was a Yorkshire man born in Bradford in 1915. He was trained by Len Pickard. He lived through both World Wars and was a professional wrestler in 1938 but had to stop when the Second World War began. He began wrestling again in the 1940’s and did live in Manchester for a while before moving back to Bradford. One of his two sons, a wrestler called Dave Barrie, died in 2000. Les Kellet died on January 9th 2002

Ray Richards wrote: Les was born in Bradford, and had until his death, a transport cafe in Thornton, Bradford, a favourite meeting place with other wrestlers. He used to train at a farm owned by Sandy Orford, in Great Horton, Bradford, along with such wrestlers as Dennis Mitchell, Tony Orfors, etc..