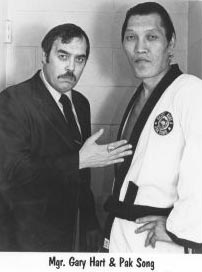 Some other reasons I believe this to be the wrestler: His SSN was issued in Missouri. He apparently started in NWA-affiliated territories, which was headquartered in MO. That might account for MO being the state of issuance. One newspaper account (didn’t get the name and date) from 1970 said that he was 28 years old. His having come over earlier in the year, and his birthdate apparently being in December is in line with the Social Security name and dates. His last newspaper listing was in an advertised bout in the September 2 Paris (Texas) News. There’s no indication whether or not he actually made the match advertised in the bout, and his name disappeared in newspaper archives after that date. That’s also in line with the September 1980 date of death. I’ve seen various dates given for is DOB and DOD, but I was never able to get any corroboration on any of them, or original source other than someone else’s website. This at least has some official documentation.