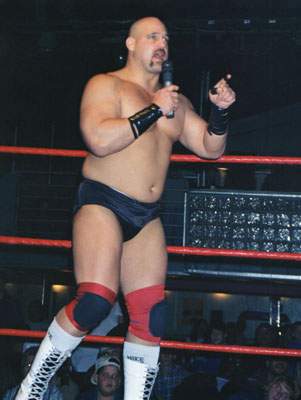 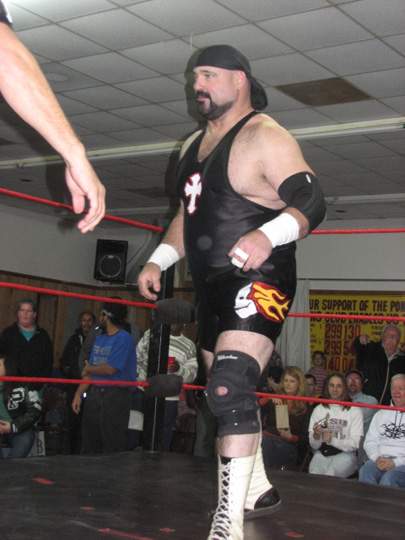 Rod would rate right at the top of the list of the best talents you never saw get a break….some of which was his own fault and some was politics. I wish Kayfabe Memorie’s main site was up as I wrote a couple of pretty detailed and extensive stories about Rod, his talents and why he never got the big break in the business.

Rest assured, though….when he was in the prime of his career and before some injuries limited him…..Rod could have stepped into the ring with anyone in the business and had a good, if not great match. He was a former pro football player, a world class weight/power lifter, had great skills and a perfect look for the business…..In my book, he was on par with Steve in most every way with the exception of being intensly motivated to be the biggest star in the business. I used to blame some of that on Rod’s proclivity to let female relations sidetrack him, but in truth, Steve’s never been much better himself in that regard and look at where he got….

I’ve been around and worked with a lot of great talent when they were starting out and in their learning years….Rod was as good, maybe better, overall than any one of them. You can’t teach the intangibles that guys like Steve, Booker or John Layfield had, in that you can’t create that tunnel-vision for success. In the wrestling business, you can’t sit back and hope someone likes you or wants to make you a star, you have to push your own buttons to some extent. Rod never cared to do that…..I tried to help him, but you can only do so much.

We had an experience in Memphis that I thought might get him some attention and he was as focused and willing as I’d ever seen him for that opportunity…..You can thank your friend Jerry Lawler and his sidekick Larry Burton for spoiling that last opportunity…..Rod had it all and those of you who missed seeing him at his best have no idea how good he could have been.

I still talk to him on a regular basis…He lives near New Orleans, but lost his house and pretty much everything he couldn’t take with him when Katrina hit. He’s staying in Baton Rouge right now, driving to NO everyday to do plumbing work as he became a master plumber a few years ago and seldom works in the ring anymore…..Rod, like a select few others, is one of my true brothers from the business….almost like a real kid brother to me (though he calls me “dad”, which is stretching the age difference a bit too much for me)….always will be.