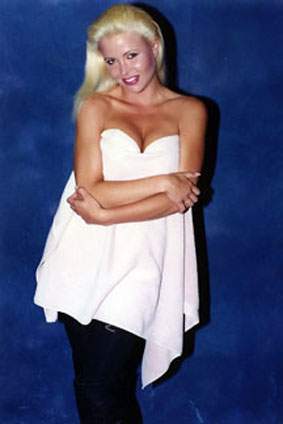 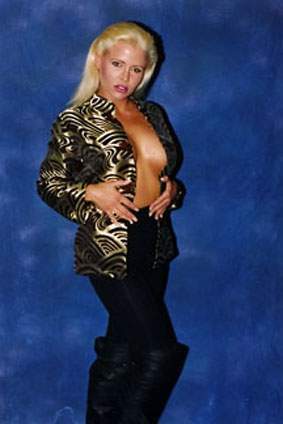 Dave Meltzer wrote: Toni Donahoo, 45, who was a valet/wrestler in Texas and Tennessee in the late 80s and early 90s when her name was Toni Adams, passed away on Thursday. Toni was the second wife of the late Chris Adams, a major star in Texas during the Von Erich heyday. She was a babyface as the second for her husband, and in 1990, was in one of the country’s biggest feuds when Chris & Toni Adams feuded with Steve Austin, a rookie protege of Adams, who had just turned heel on him, and Jeannie Clarke, who was Adams’ first wife. Austin and Clarke ended up married coming off their wrestling angle. She divorced Adams shortly after that angle. After leaving wrestling, she married Leonard Donahoo of Louisville and had been living there.

Mike Aldren wrote: The former wife and wrestling valet of Chris Adams, Toni Gant passed away last week at age 45. She had not been well and developed an infection in her abdomen following surgery to remove an abscess. Late last month she suffered a cardiac arrest at home which doctors believe was the result of choking on her own vomit in her sleep. They managed to revive her but the family decided to take her off life support on Thursday. Toni began working in Fritz Von Erich’s World Class promotion as a production assistant in 1984. She later married Chris Adams, one of the biggest stars of the promotion, shortly after his divorce from Jeanie Clarke. Her appearances on World Class television were sporadic, however she was involved in some segments with Chris while helping to sell his blinding injury angle in 1986. A few years later, she was involved in one of the most memorable feuds of the USWA in 1990, when she and Chris began feuding with his former protege Steve Austin. The feud later involved Chris’ ex-wife Jeanie, who eventually married Austin, and faced each other in mixed tag matches for much of that year. Chris’ personal demons had spiralled out of control around this time, and Toni divorced him soon after the feud. She returned to wrestling in Memphis in 1993, managing Brian Christopher as Nanny Simpson, and participated in several mixed tag matches with him against Koko B. Ware and Miss Texas (Jacqeline Moore). She also briefly managed Eddie Gilbert before his infamous feud with Jerry Lawler. Toni eventually quit the wrestling business in 1995. At the time of her death she was living in Louisville, KY, and was engaged to marry her third husband. There will be a burial in Texas at a later date.