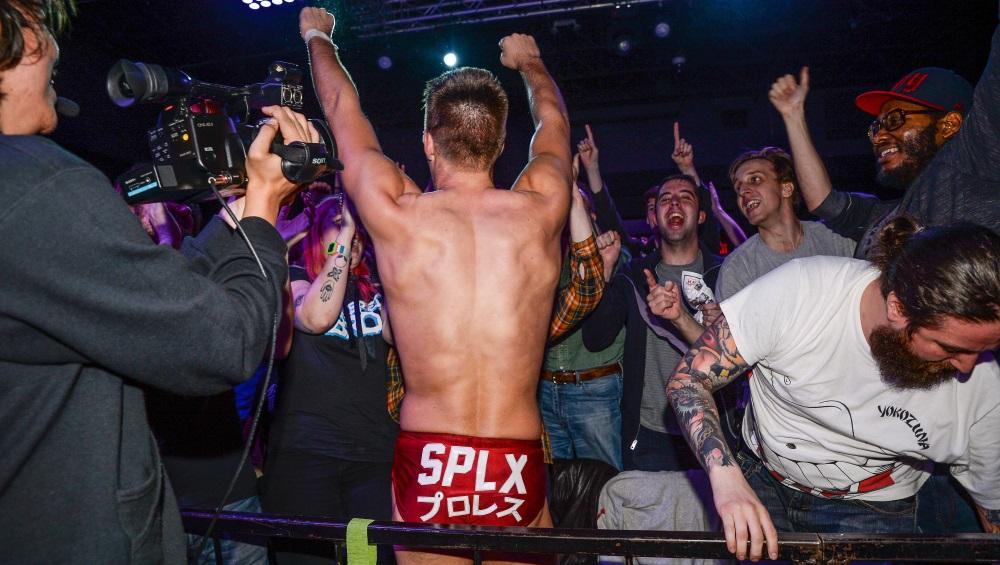 One of the highlights of every WrestleMania weekend is the WWN Supershow. Following in that tradition, this year’s event features an impressive slate of matchups in Orlando, Florida, on April 1.

FloSlam has eight shows scheduled to stream live over WrestleMania weekend, including the WWN Supershow. Your FloSlam subscription gets you access to the following cards over the weekend:

Signing up gets you access to the events plus every other live event on our calendar AND our ever-expanding library of past pro wrestling cards.

The main event of the WWN Supershow is a six-man elimination bout to crown the first-ever WWN champion. The holder of the belt will defend the belt across the full family of WWN promotions.

As previously announced, Catch Point members Tracy Williams, Fred Yehi, and Matt Riddle as well as Drew Galloway were confirmed for the bout. After Parrow’s successful title defense against Jason Cade at ACW: Luck of the Irish, he was announced as ACW’s entrant into the match. On Sunday night, Jon Davis won the Style Battle S1:E3 tournament, and following his win, he was announced as the final entrant into the match.

Should Zack Sabre Jr. retain the EVOLVE Championship against ACH at EVOLVE 80, he will meet former PROGRESS champion Mark Haskins in the first of four EVOLVE versus PROGRESS matchups. In the other matches, PROGRESS champ Pete Dunne will battle ACH. Ethan Page will face Jimmy Havoc, and Chris Dickinson and Jaka meet Travis Banks and TK Cooper.

This past Friday at SHINE 41, Su Yung invited SHINE champ LuFisto to the “Red Wedding” at the WWN Supershow, and the match is now official. LuFisto will put her title on the line against Su Yung in what could be the night’s most violent affair.

Keith Lee will meet Jason Kincaid in a very unique clash of styles. Kincaid has a style that’s difficult to describe but revolves around his ability to improvise and use his speed and daredevil tactics to get the upper hand. Lee is a massive man who complements his power-based attacks with moments of wild aerial offense.

Finally, former EVOLVE champion Timothy Thatcher is expected to meet 19-year-old Austin Theory, but Thatcher has not yet returned his bout agreement. Thatcher lost the title to Sabre at EVOLVE 79 after a nearly 600-day title reign.