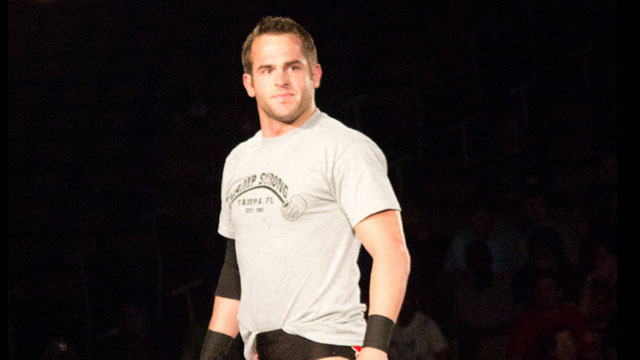 Welcome to this week’s Ring of Honor TV coverage by Sean Ross Sapp.

– Strong comes out and says he’s going to defend the TV title, and welcomes any challenger. Stevie Richards comes out to a great ovation.

The two trade holds and reach a stalemate. The two go back and forth until Richards gains control with a few strikes. Strong manages a back suplex and tries to tie Richards up in a submission, but settles for the Olympic slam. When we come back from a commercial, Richards Stevie Kicks Strong off of the top rope. The two trade strikes in the middle of the ring, but Richards manages a swinging DDT for a two count. Strong gets a double knee gutbuster, but Richards gets right up and Stevie Kicks Strong for 2.9! The crowd thinks it was a three. Strong gets a backbreaker, but Richards gets to the ropes to avoid the Strong Hold. Strong finishes is with a knee.

Bobby Fish comes to the ring and says we’re getting a live edition of the Fish Tank! He puts over Roderick Strong and shows a photo of Strong tapping out to the Fish Hook at Final Battle last month. Strong calls Fish a sore loser and leaves.

No DQ Match
Will Ferrara vs. Caprice Coleman

Ferrara hits a suicide dive right off the bat and tosses Coleman in the barricade. Coleman runs Ferrara into the apron and starts his assault. Inside the ring, Caprice takes his belt off and whips Ferrara with it, but Ferrara hits a German suplex. Both men grab chairs, but Coleman strikes first. He teases hitting Ferrara again, but instead takes Ferrara to Northern Lights Suplex city into the chair. Ferrara effectively no-sells a chair attack and DDTs Caprice into it for two. Ferrara gets a table, but Coleman hits an insane Sky Splitter through a table for the win.

Prince Nana is seen at ringside clapping along.

Apparently ROH sought out a miniature version of Alexander for him to face, because Gresham looks just like him. Alexander hits a few suplexes, but Gresham gets some offense and a flying body press for two. Gresham locks on the Octopus hold, but Veda is on the apron. 540 kick lands for Alexander, followed by dropkicks and a crazy Lumbar Check. Alexander does a lazy pin and Gresham reverses it for the win!!

That was a HUGE upset. Alexander sold it perfectly after the match. Gresham, too. Nice surprise in an era where so much is predictable.

– Jay Lethal comes to ringside for commentary. Jerry Lynn comes out and says he’s a man of his word, and he was wrong about Final Battle. They shake hands.

The two adhere to the Code of Honor. Elgin takes control earlywith a 30-second delayed suplex on the huge Dijak. Dijak comes right back with a spinning boot and Truth Martini does a spinaroonie. Dijak lands a suplex, but eats T-Bone (no pun intended) from Elgin. A slingshot splash from Elgin sets up an enziguri and a deadlift German suplex for two. Elgin hits the deadlift Elgin Bomb for the win.

Elgin and Lethal get face-to-face after the match. This aired in syndication prior to their ROH World Title match at NJPW Wrestle Kingdom 10.