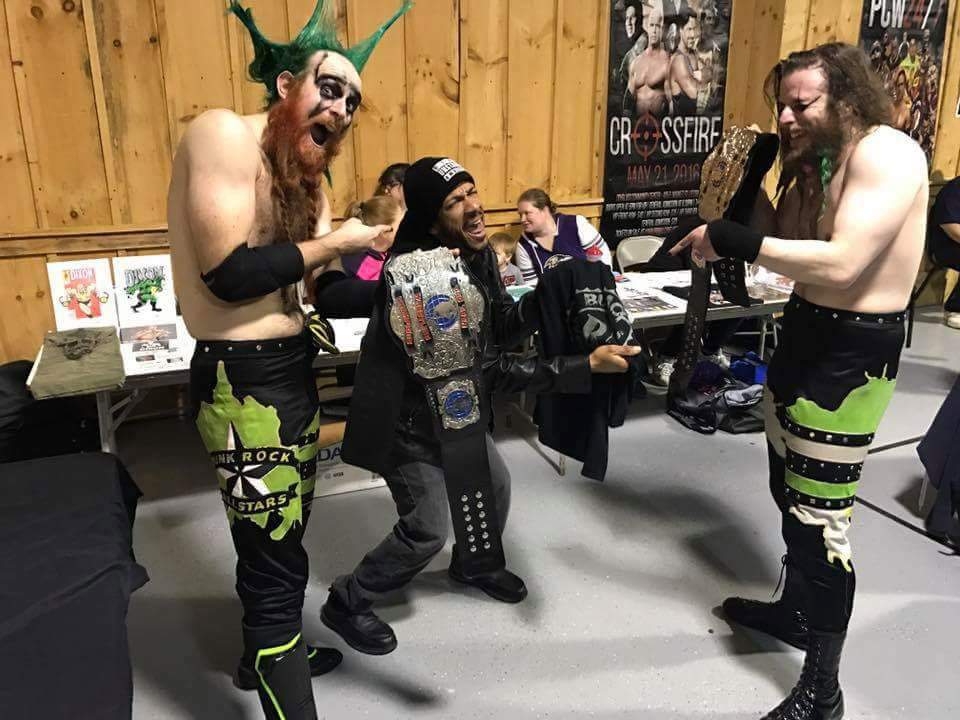 Logan Easton LaRoux and Dirty Money fought to a time-limit draw in a classic technical match.

The Punk Rock All-Stars (Shaun Cannon and Drake Carter) defeated PCW tag team champions Black Wall Street (“The Paper Man” Chuck Lennox and “Demolition Man” Napalm Bomb) to win the titles.  During the match Napalm Bomb turned his back on his partner and refused to help Lennox anymore.  The All-Stars took advantage and left the building as new champions!

Doug Delicious defeated PCW champion Drolix to win the title!  Former member of Black Wall Street Napalm Bomb came down to the ring during the match, created a distraction, and Delicious took advantage to then capture the belt.

TNA superstar “The Monster” Abyss defeated The Bruiser in a wild brawl.

Check http://www.primalconflictwrestling.com for all details.