PWF Soul Survivor is 1 week away

By OWW Contributor on January 9, 2015@owwcom 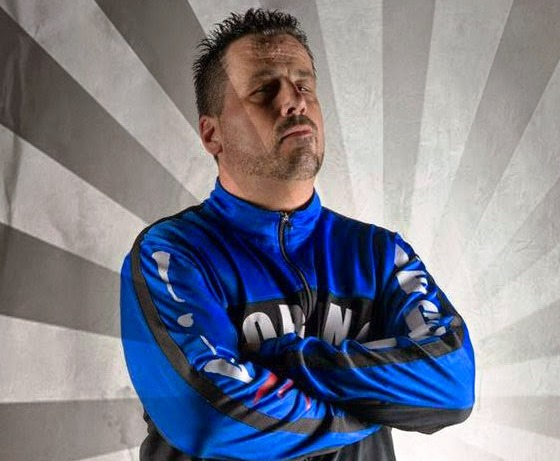 2014 was such an amazing year on the Crystal Coast for the Premier Wrestling Federation, that we are just chomping at the bit to get 2015 started!

And it starts on Friday night, January 16, as the PWF presents “Soul Survivor”, live from the SBSA Bingo Hall, 400 Hubert Blvd., Hubert, NC.

With the PWF being on the Road To WrestleBowl III, this match is even more important.

New (and unlikely) PWF Tag Team champions, the very popular Jagger and the very hated Nitestic Eddie Brown will defend their titles against former two-time champions, F1rst Generation, and the team of American Tiger Colby Corino and TK Stark. And this match will be under elimination rules. Who Will Survive?

In our first installment of the #FansChoiceSeries, Country Jacked Corey Hollis returns to the PWF,for the first time since his injury, to go one-on-one with Black Cloud Joe Black. This match was requested from fan via our Twitter page, @PWFCrystalCoast. Who will be involved in the next #FansChoiceSeries?

You voted for them and on January 16, we will reveal the winners of the PWF Year End Awards.

PWF Tag Team Of The Year

Most Popular Wrestler Of The Year

Most Hated Wrestler Of The Year

PWF Match Of The Year

In another elimination match, this time for the No. 1 contendership to the Crystal Coast Openweight title, The Party Manimal Zane Riley will be joined by Reggie Reason, Redneck Charles Payne, and Jakob Hammermeir in a 4-corners match. Who Will Survive?

El Sucio Hector Sanchez of Puerto Rico looks to get back on the winning ways as he is challenged by Northeast legend, Kid America!

On December 26th, it was revealed that Katie Taylor’s boyfriend was in fact former PWF Heavyweight champion Christoph Rockwell. We haven’t heard from Rockwell since he lost the PWF crown to Cedric Alexander on a non-PWF event in Raleigh, NC in September. But the “PWF Power Couple” say that Rockwell will regain what he “rightfully never lost” and it begins on January 16. He will be challenged by everyone’s favorite, down-on-his-luck PWF star, Emmanuel Bodega.

And the PWF is very pleased to host a Livewire title match from our brother-company, Shockwave Wrestling Entertainment. The champion, Fabulous Frankie Fontaine, will defend his title against Officer Powers of The Law. Fontaine is showing everyone in North Carolina that he is a fighting champion because 24 hours later, he will face Hangman Jesse Logan in a Steel Cage match at the SWE event in Havelock, NC. You can purchase tickets at the Havelock Rec Center the night of the event. We invite all our PWF fans to attend and support our buddies at Shockwave Wrestling Entertainment.

Tickets for PWF Soul Survivor remain $10 for Adults and ONLY $5 for Kids Under 13. Doors open at 7pm.

A big thank you for our sponsors: SOBX Tech in Cedar Point, AYP Wrestling Podcast, UPS Store of Cedar Point, & Domino’s Pizza of Hubert. Please support them as much as they have supported the PWF.

Plus TWO matches during Club VIPWF!!!

*Buy your tickets online and get Club VIPWF Access for FREE!!!