Home / Indies / PWU News: From The Desk of Tod Gordon

PWU News: From The Desk of Tod Gordon 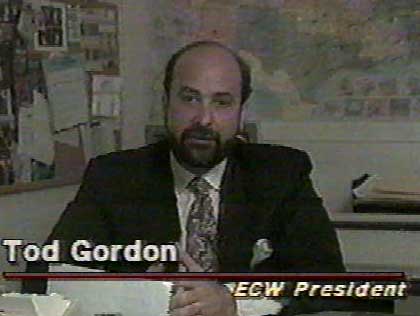 PWU 8/18 News: From The Desk of Tod Gordon…
ProWrestlingUnplugged.com

FANS WHO ARE SICK AND TIRED FINALLY GET TO DO SOMETHING ABOUT IT ! Seems as though everywhere I go, wrestling fans all have the same complaints. This is boring, this is insulting, who writes this crap? Watching the monster from Connecticut try to pick off another idea such as our Commissioner Idol and blowing it with no true understanding that it is being done for the F-A-N-S, as opposed to their own “inside sense of humor” , once again proves that the fans’ complaints are correct.

Who’s wrestling who? What are the stipulations? Who knows ??? I don’t ! The wrestler’s don’t ! The fan’s upon entering the building won’t !! THIS SATURDAY NIGHT … YOU DECIDE ! What would you really like to see? Want to see The Violent J, Corp, and Tony try and exact revenge against The Thomaselli’s in 6 man action? Want to see Amy Lee against Detox? How about The Bosom Buddies getting a tag title shot or a chance for another beat down of Cannon and Maxwell? Maybe Cannon against Maxwell? Think Lucky can keep his “lucky” streak going against Trent Acid, or do you think it’s time for Trent to get another shot at what he calls “his” title? Speaking of titles, who gets a shot at 2 Cold Sco rpio or the SAT’s? Ever wonder what it might be like if you made a match with one member of AMIL teaming up with one member of the SAT’s fighting against their respective brothers. That’s the beauty of this. YOU DECIDE RIGHT THEN AND THERE !

HERE’S HOW IT WORKS. Upon entering the Arena this Saturday, you will have an opportunity to purchase as many chances as you’d like. Chances will sell for $5.00 with specials such as 3 chances for $10.00 or 5 chances for $20.00. You can buy 1, you can buy 50. We will put them all into a bowl as we bring our entire locker room to ringside. We will draw a name, and that person can on the spot make a match. World title, Tag titles, Grudge Match, Tables, Ladders, and Chairs match, Man vs. woman match, or……… if you’re name is drawn, you can have the option OF PUTTING YOURSELF OR ONE OF YOUR FAMILY OR FRIENDS INTO THE LAST OPEN SPOT OF THE COMMISSIONER IDOL FINALS. Maybe you felt someone who didn’t make it should have. Maybe you just never got around to sending in a tape. It’s Fan Appreciation Night at PWU, so if you so choose, you can skip the work and go right into the finals. After the first winner makes a match, those 2,4,6, or however many picked return to the dressing room and another name is picked. That person makes a match or uses it for Commissioner Idol. We will do this until ten matches have been booked by the smartest wrestling fans anywhere around today. After 10 matches have been booked, the remaining wrestlers will pack their bags and go home because YOU’RE ONLY GOING TO SEE WHAT YOU WANT TO SEE, NOTHING ELSE ! Sounds like a simple concept. I’m sure we’ll see it somewhere else soon, but until we do, all of us at Pro Wrestling Unplugged have 1 thing to say to our loyal fans ….. THANK YOU !!

PS – As far as the 3rd Anniversary, I have personally asked that legend, Nikolai Volkoff, to attend the Red Carpet Arrival Show and sing “America The Beautiful.” That is on top of the major star that I will announce to be at the 3rd Anniversary event this Sa turday.