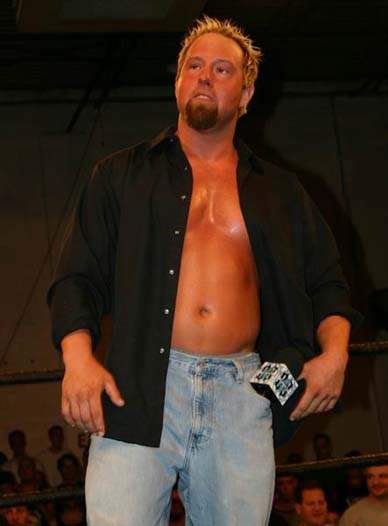 Pro Wrestling Unplugged owner Tod Gordon has just confirmed a major addition to both the PWU Main Roster as well as the September 15 Diamond 3rd Anniversary.

Long time Philadelphia based wrestler, Justice Pain, will be signing his PWU contract on The Red Carpet during the Pre Show Arrival ceremony beginning at 6pm in the back parking lot of The New Alhambra Arena.

Mike Johnson of PWInsider.com broke this major story today and said the following “From what I understand, he’s expected to sign his official “PWU contract” during the show’s “red carpet ceremony”. Heâ€™ll be wrestling on the show and I wouldn’t be shocked to see him accept former WWE star Gangrel’s open challenge that night.”

Justice Pain has quite the history with many key members of the PWU locker room including The BackSeat Boyz, Dewey Donovan, Z-Barr, Adam Flash and many more. It will be interesting to see how Pain fits in….who, if anyone will he befriend? What is the initial locker room reaction to this major player being signed? Stay tuned to ProWrestlingUnplugged.com for late breaking news as this story develops.

To read the full article by Mike Johnson of PWInsider.com, click here.

WANT TO MAKE MONEY WITH PWU?
Be a vendor at the “Diamond Anniversary” for the price of $100, you can have your own table to sell your merchandise. Contact [email protected] to reserve your spot today!
Have a business? Interested in being an advertising sponsor? Fill out our ad sheet available at ProWrestlingUnplugged.com/Partner1.doc & send it to [email protected].

PWU PowerSurgeTV invades Philly airwaves on Comcast Channel 66 on Wednesdays at 8pm starting September 19 (Just 4 days after the 3rd Anniversary!). Outside of Philadelphia, PSTV will be simulcast on
ProWrestlingUnplugged.com FREE for viewing all week long.

“WHY, DEVON, WHY?” on POWER SURGE TV
Dan Cowhey & Jake Black ask why did Devon Moore turn on his friends, the locker room, & his mentor Too Cold Scorpio.