Second generation wrestler Rachael Ellering has confirmed that she was also released from her WWE NXT contract as a part of last month’s cuts brought on by COVID-19.

Ellering, who had used the “Rachel Evers” name in NXT, was rumored to be gone from the company but she confirmed on Twitter today that she was released.

The 27 year old Ellering worked several matches for NXT before being announced for the 2017 Mae Young Classic. She was eliminated in the second round that year, and then in the first round of the 2018 MYC tournament. She signed a NXT contract in January 2019. Ellering, who has been linked to Kassius Ohno, suffered a torn ACL in July of last year, and had been on the shelf for months.

Ellering, daughter to WWE Hall of Famer Paul Ellering, tweeted the video seen below with various shots from her time in WWE and wrote the following, which appears to be a quote from Scandal: “We know who we are, who we’ll always be and we have a choice: we can hide in the shadows or stand in the light”

The NXT Superstars who were cut last month are free to do what they want after this week as they were under 30-day non-compete clauses, unlike main roster talents who were under 90-day non competes. The following talents were cut from NXT last month: Ellering, Ohno, Tino Sabbatelli, Cezar Bononi, Taynara Conti, Mohamed Fahim, Faisal Kurdi, Edgar Lopez, Mars Wang, Rocky, Marcos Gomes, and Hussain Aldagal.

We know who we are, who we’ll always be and we have a choice: we can hide in the shadows or stand in the light 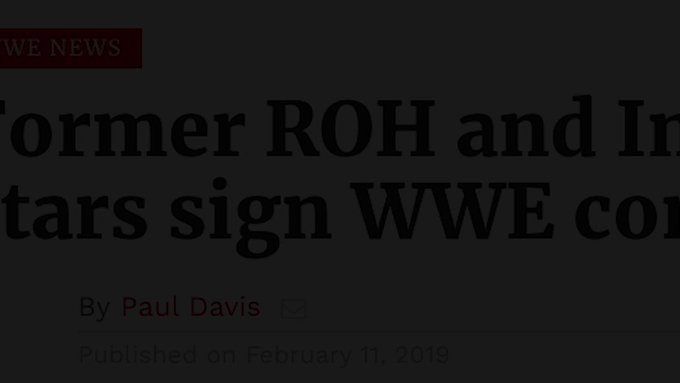