Who ranks among the longest reigning WWE tag champions? 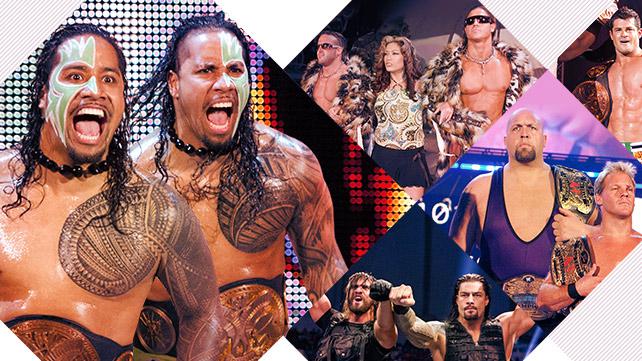 Here’s something to appreciate — you’re currently living in the finest era for tag team wrestling since The Hardy Boyz, Edge & Christian and The Dudley Boyz left Attitude Era rings looking like a Home Depot that had just been hit by a twister.

What do we owe this renaissance to? Well, everything. The roster’s robust, the titles are desired and the champions are of the fighting variety. In fact, six of the last seven WWE Tag Team Champions have held the titles for more than 100 days, which is a staggering feat when considering the fact that Edge & Christian only held the World Tag Team Titles for 207 days across seven reigns.

The Usos are the latest — and possibly the best — in a long line of legitimate duos who are bringing integrity back to a division that spent too much time overlooked. And they’re on the way to becoming the longest reigning WWE Tag Team Champions ever. The only question is how far do they have to go?

Who are the 50 greatest tag teams in WWE history?

By the way, just so we’re all on the same page here, this list is strictly concerned with the WWE Tag Team Titles — not the World Tag Team Championships, which were retired on Aug. 16, 2010. For the record, Demolition held those championships for the longest stretch, running hot for an impressive 478 days.