Home / Podcasts / Raven talks about how he became Raven

Raven talks about how he became Raven 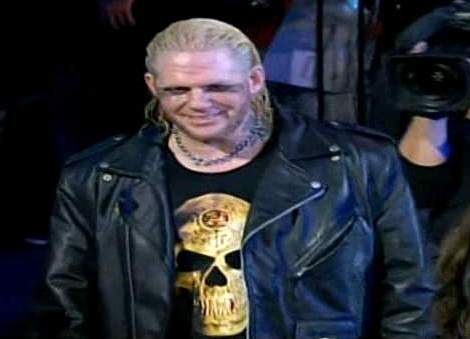 RAVEN DISCUSSES GIVING UP THE JOHNNY POLO GIMMICK FOR RAVEN, HOW STARS REALLY FELT ABOUT THE ECW ARENA CROWD, HIS STANDUP COMEDY TOUR, AND MORE – By WorldWrestlingInsanity.com

Over five years and over 250 guests, one question has always remained for ClubWWI.com members – what about him?  What about Raven?  Well now they can ask nevermore as the star who has pounded opponents from Portland to New York to Orlando has joined ClubWWI for a rare 23 minute shoot interview with James Guttman that doesn’t disappoint.  Topics include: Backstage Battles With Stevie Richards, The One Time He Broke Character in ECW, Almost Joining Smoky Mountain Wrestling Instead of ECW, Quitting His Job As a WWF Producer, The Surprising List of Stars He’s Never Worked Against, The Two Wrestlers Vince McMahon Sees Himself As, The Person Who Came Up With PN News, Healthcare For Wrestlers, Paul Heyman’s Feelings About The Raven Gimmick, Being Johnny Polo In “The Land of Giants”, 123 Kid, Bill Watts, Howard Stern, The Levy World Order, and More The huge list of topics can be found at: www.worldwrestlinginsanity.com

Also, Facebook users, for up to the minute updates on ClubWWI’s latest guests, you can join our Fan Page at: http://www.facebook.com/pages/The-World-Wrestling-Insanity-Dot-Com-Page/275219172353
Raven has always had the reputation of one of wrestling’s hardest workers.  That work ethic also plays into his other pursuits including his new video blog, convention appearances (including the December 11th K&S Wrestlefest – details at kandswrestlefest.com), and now, stand-up comedy.  Joining up with Howard Stern regular Bob Levy for their “Levy World Order” comedy tour, Raven made his stand up debut recently.  James Guttman asks the former Flock leader about how it went and he tells ClubWWI.com members all about it.

“I decided to do standup because I’ve always been considered a very funny individual.  But, of course, it’s much harder to write a joke than it is to be funny in a situation.  Because there are lots of people who are funny but can’t do standup.  I wasn’t sure if I could.  So I finally did a gig in Norfolk, Virginia.  Did about 30 minutes in my first gig and I killed.  But I knew because I ran my material by a lot of my buddies first, which is the hardest thing anyway.”

JG and Raven discuss his comedy career in depth and the skills he used in pro wrestling that have come in handy.  One skill is his comedy ability from promos and commentary.  James points out the work he did prior to becoming Raven and how his days as Johnny Polo, Scotty the Body, and Scotty Flamingo all allowed him to be comedic.  The transition to Raven, as Guttman points out, must have been difficult.  Not only did he give up a producer’s job with WWE, but it took away his opportunities to deliver comedy one-liners in favor of a darker image.  Raven explains that situation and, as the ClubWWI.com interview continues, talks about the decision to become Raven.

“I always knew I had the talent, which I proved on a smaller stage in Portland and everywhere else.  But back then, getting the opportunity, I was in the land of giants.  Everyone was 275 (pounds) and I was still 220.  It’s why WWF made me a manager at the time, Johnny Polo, because they thought I was too small.  Even though they brought the 123 Kid in, he was the exception to the rule.  I had to reinvent myself, which made it even more difficult in ECW.  But that’s why I made it a 180 degree turn.  I didn’t necessarily want to, but I had to.”

Raven’s success in ECW is legendary.  From his initial debut until the day he left, fans and ClubWWI.com members were shocked at how the new gimmick clicked and the way he fit in.  However, the hardcore crowd was notorious for being tough on performers.  Does that experience help with his new standup comedy gigs?  What were Raven’s thoughts on the ECW Arena crowd?  Former stars today look back at it with fondness.   James asks and he answers.

“Yeah, but you know what, though.  It’s completely different, though.  You know, I never thought the ECW Crowd was hard.  That’s what’s really interesting.  It’s really funny, now everybody who wrestled there are like, ‘They were my favorite crowd to wrestle in front of. Blah, blah, blah.’ But no. Everybody hated it. I remember when I first got to ECW, everybody hated wrestling at the ECW Arena because the audience was unforgiving.”