RazorSharks to host ceremony with WWE Hall of Famers 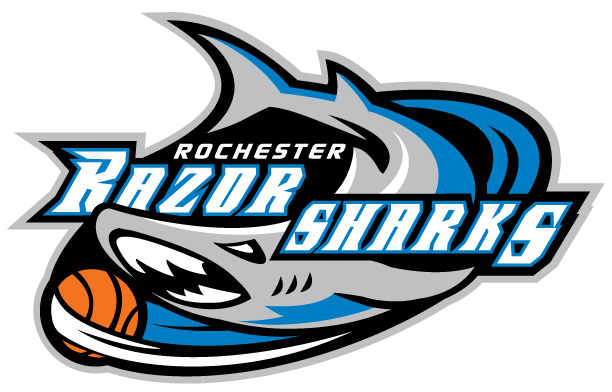 The Rochester RazorSharks are excited to announce that their game on March 28th at 1:00pm will include a ceremony in celebration of Wrestlemania 31 weekend. As one of the biggest weekends in the Rochester area for wrestling fans, the RazorSharks are excited for this opportunity to bring together the local wrestling community.
Though most of the wrestling universe will be congregated some 3,000 miles away from Rochester in northern California at the WWE’s annual Hall of Fame induction ceremony, the RazorSharks are lucky enough to welcome three WWE Hall of Fame legends at the ‘Sharks home game on March 28th.
Appearing at the game will be one of the toughest wrestlers in WWF/WWE history, Greg “The Hammer” Valentine. Also in attendance will be two-time former WWF Intercontinental Champion and WWF Tag Team Champion, Tito Santana and the legendary Owen Hart’s High Energy tag team partner, “The Birdman” Koko B. Ware.
These WWE icons will make a special appearance at the RazorSharks home game on March 28th for a special ceremony honoring their contributions to professional wrestling, followed by a meet-and-greet autograph session with fans.
For the opportunity to meet all three WWE wrestlers and to add their autographs to your collection, make sure to come to the Rochester RazorSharks game on Saturday, March 28th at 1:00 PM at the Blue Cross Arena.
For tickets, call (585) 232-9190, or stop by the arena during normal business hours (Monday: Friday 11am-3pm and Saturday 10am-2pm).
Related Itemsrazorsharkswrestlemaniawwe
← Previous Story March’s issue of Total Wrestling Magazine now available
Next Story → Former WWE / WCW superstar resurfaces