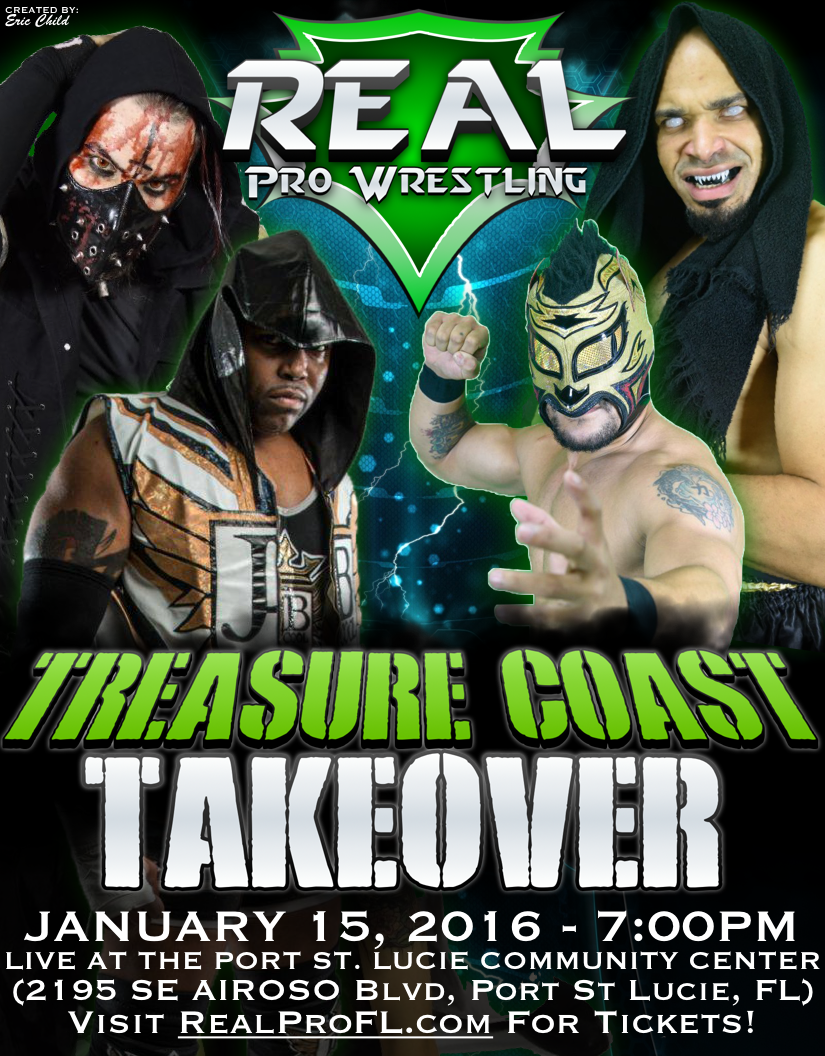 A long-time fan of the sport, Artlip has always closely followed the major promotions, such as WWE, WCW, and ECW since she was young. In 2015, Artlip formed a friendship with Florida-based Independent Wrestler, Zack Monstar, who she joined forces with to bring REAL Pro Wrestling to life. “Professional Wrestling has been around since the beginning of televised sports. WWE’s “Monday Night RAW” is the longest-running weekly episodic television show in the history of the United States. For me, I grew up in the 70’s watching wrestling and I believe that there’s definitely room for a new promotion to come on the scene. It is our mission to put on the best possible product that listens to the fans, engages the fans, and respects the performers inside the ring”, says Artlip.
Not only is Kim Artlip the owner of REAL Pro Wrestling, she is also the host of her own wrestling-themed radio show called “The Wrestle Talk”, which airs every Thursday and Saturday on Livestream.com and iHeart.com. She also owns her own wrestling-themed clothing line, “WrestleSwag”, which aims to help local independent wrestlers build a brand for themselves through merchandise and web-based branding. All three of these companies work hand-and-hand in an effort to establish REAL Pro Wrestling as an all-around mini-wrestling empire from Social Media, Digital Broadcasting, Marketing, and Sports.
REAL Pro Wrestling is set to make its debut in the city of Port St. Lucie, Florida on January 15, 2016 with their event “Treasure Coast Takeover”! The event takes place at 7:00pm ET, at the Port St. Lucie Community Center. Tickets are on sale right now at REALProFL.com for as low as $7! Doors open at 6:30pm!
ABOUT REAL PRO WRESTLING:
REAL Pro Wrestling is a privately-owned professional wrestling and entertainment company based in Vero Beach, Florida, traveling across the state to entertain hundreds of fans monthly.
Founded in July 2015, REAL Pro held it’s first event in Fort Myers, FL on August 3, 2015 at the Riverside Community Center. In October 2015, REAL Pro announced it’s intension to expand into Port St. Lucie, FL among other cities around the state of Florida. In January 2016, REAL Pro is set to start touring with it’s first event outside of Fort Myers with “Treasure Coast Takeover” live on January 15, 2016 at the Port St. Lucie Community Center!
REAL Pro Wrestling’s mission is to change the Florida Wrestling and Entertainment Industry with an innovative and groundbreaking approach to fan interactivity, storytelling and overall entertainment to engage audiences across digital and social media platforms.
Related ItemsREAL
← Previous Story Complete ROH coverage 12-16-2015
Next Story → SMASH vs. CZW – Jan 16 in Toronto, ON