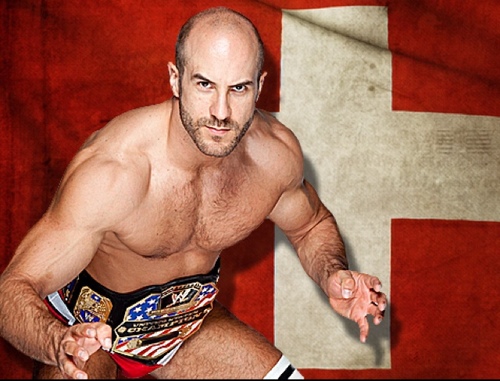 Antonio Cesaro recently spoke with Jonathan Snowden of The Bleacher Report about the key to success in the WWE:

“There isn’t just one key to success. There are so many. If there was one key to success, everybody would do it. It’s different from person to person. If you look at who has been WWE champion or world champion, and to me that’s the top of the ladder, there’s all kinds of different attributes.”

“What’s important is finding what makes you different and highlight those strengths. And then work hard and be consistent. We wrestle 250 days a year. You have to be consistent and reliable. We don’t have an offseason. You can watch us year-round. The most important thing is entertaining the fans, in whichever way you do that. And that’s different for every WWE Superstar. So there’s many keys to success—you just have to find yours. Hopefully I’ve found mine.”

“The giant swing is a move I’ve been doing for a while, but before the WWE. I just thought it was time for something new. To me the giant swing is one of the most traditional moves in professional wrestling and still one of the most entertaining ones. I’m really proud to be able to introduce it, or reintroduce it, to a completely new generation. When you think of professional wrestling you think of an elbow drop and swinging people by their feet. If you could do any move in a fight, you’d probably do the giant swing on somebody. It’s such a show of strength and you see variations of it in movies and cartoons. Most people think it’s impossible to do. Obviously not—if you’re Antonio Cesaro.”