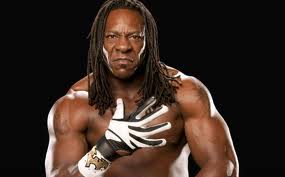 theScore’s Arda Ocal (@arda_ocal) had a chance to speak with former World Heavyweight Champion and current General Manager of Smackdown, Booker T. Part 1 of the 2 part interview has been posted (Part 2 comes on Wednesday Aug 29)

On writing about his time in prison:

“Just felt like I had to put it down on paper just so, maybe, some kid that finds themselves in the same situation that I was in, they can read the book and maybe come out on the other side, something quite like Booker T did.”

On the current state of the tag team division:

“We’re trying to bring it back, we’re trying to revitalize the tag team division. Back in the day guys got into the business as tag teams….. we were formed when we first got there, we knew each other like the back of our hand, and that’s what’s different these days. You’ve got guys that’s getting into the business individually and not coming in together and knowing each other. Letting the fans know them as a tag team from the beginning and then parlaying their career into singles such as I did.”