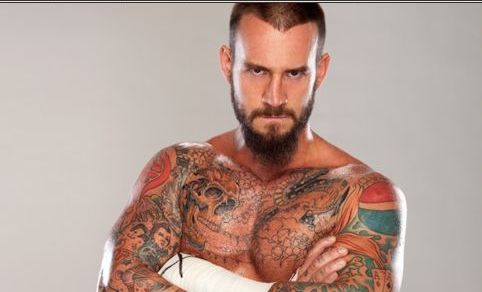 WWE superstar CM Punk was interviewed by Mark Madden this week on Pittsburgh’s 105.9 the X radio station to promote his upcoming match against The Undertaker at WrestleMania 29. Among the topics discussed were:

Here are some highlights of what CM Punk said about:

His Match With The Undertaker:

“Everyone is expecting me to try to top the Shawn Michaels matches. But that’s not my goal. My goal is to make thisthe bestthat the situation allows me to make it. There’s a chance it could be better than those matches, but that’s not my goal. This isn’t one of those ‘workrate matches.’ I like my pro wrestling when it’s pissed off and angry. I don’t like it when it’s just two dudes going out there and, ya know, just wrestling. I made him mad,I gotunder his skin, andI gotunder his skin. Hopefully it’s going to be emotional andpsychological.”

Whether He’s Been Able To Enjoy His Run At The Top Of WWE:

Part-TimeWrestlers Getting The Top Spots In WWE:

“I’m the only guy who says this – ya know, Miz will go out there and be like, ‘It’s great having these guys back!’ and blah blah blah because I truly believe he thinks he has to say that,” Punk said. “The honest reality of it is you bust your ass for 365 days a year and there’s other people who come in and they don’t work as hard, but maybeget paidthe same amount ofmoney. So, me as a businessman, it just makes me look at it and go, ‘Okay, that’s the deal I need to get. I need to get the deal where I work 15 dates a year.’ You know what I mean? It makes me work harder, but, dammit, it’s going toburnme out.”