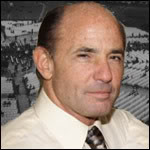 Monday Night Mayhem (“Your Home Of Wrestling Radio”): Heard Exclusively On The WrestleView Radio Network and hosted By The Big Mosh & “The Chairman Of The Board” Todd Vincent.  Courtesy: www.MondayNightMayhem.com

Ring Of Honor Ambassador and former ROH owner, Cary Silkin, was one the featured guests on a recent edition of the award-winning Monday Night Mayhem.

Cary joined The Big Mosh and “The Chairman of the Board” Todd Vincent for an exclusive interview, which is now available for download on the WrestleView Radio Network:

The transition from being the owner of Ring of Honor to the company’s official ambassador and why, in hindsight, it was better for him to sell ROH to Sinclair Broadcasting:  “There is an old expression, you can’t save your face and your ass at the same time. It was better for me to sell it (ROH) than not to sell it. With Sinclair, it was a long process just to get that point, and there has been growing pains as we know with the Sinclair company. Everything has to be worked out. For me personally, I’m happy to still be involved. I love Ring of Honor. I love pro wrestling. I like knowing that I worked for something, and I established and helped with something. I know when they write the book about pro wrestling, I know Ring of Honor will have a nice chapter in there.”

An update on the various technical issues that Ring of Honor has experienced during several of their recent iPPV’s, what is being done to correct them, and a personal message to the ROH fans:  “I’m not going to make excuses for the problems that have happened. Nobody wants to have that, certainly not Ring of Honor, and certainly not the fans. It’s been a combination of a couple of bad breaks and a couple of mistakes. Everybody has been given restitution, but we don’t want it be that way. We want people to see the show. This upcoming one (Glory By Honor XI) is in a few weeks. We’re going into it to get everything right. We had some bad luck, and we had two that ran perfectly. This is the last thing we want, and we are going to keep doing it until we get it right. That’s the way it should be. I apologize to anyone who was inconvenienced.”

Why he believes the mantra of the Ring of Honor locker room has never changed, plus which two matches he thinks will specifically stand out at ROH’s forthcoming iPPV, “Glory By Honor XI”:  “We want to give the people the best wrestling show they have ever seen on any given night, and that’s the attitude. Nobody that has ever worked for Ring of Honor ever just tries to get through the day and go home. With the card in Toronto, there’s so many good matches, and as a whole, with the energy on this card, it looks like it’s going to be really special. Look at Davey Richards vs. Jay Lethal. That match alone, that’s the match I’m looking forward to the most, as well has the new Tag Team Champions: Steve Corino and Jimmy Jacobs. Corino is like a cat with nine lives, and Jacobs, a long-time ROH star, is born anew. They’ve got the belts, and they are going to go against The Briscoes, who certainly want them back. That’s going to be a war.”

Much more is contained in Cary’s return to Monday Night Mayhem, including his candid thoughts on his own close personal relationship with Monday Night Mayhem over the past decade, along with his most memorable moments in Ring of Honor history, the legacy of ROH is within the wrestling community, what it means to him personally and professionally to see the successes of CM Punk, Daniel Bryan (Bryan Danielson), and Antonio Cesaro (Claudio Castagnoli) in the WWE over the past year, the complete lowdown on the deal between Ring of Honor and the WWE for use of ROH footage in the new CM Punk “Best in the World” DVD, why Punk wanted to have Ring of Honor play an important part in this highly-anticipated release, plus so much more! Our countdown to ROH’s “Glory By Honor XI” continues, as the current, reigning, and defending Ring of Honor World Champion “Mr. Wrestling” Kevin Steen will join the program this Monday evening (October 1st) to preview his slated title defense against “Unbreakable” Michael Elgin, plus the men who will be calling all the action from The International Centre in Mississauga, Ontario, Canada, Kevin Kelly & Nigel McGuinness, will join The Mayhem airwaves on Monday night, October 8th. Remember to tweet us your questions (at www.Twitter.com/FeelTheMayhem, using the hashtag #MNMX), as all who interact with the show will be eligible for our next prize giveaway: a pair of tickets to “Glory By Honor XI,” courtesy of Ring of Honor and Monday Night Mayhem.

As part of the ten-year anniversary celebration of “Your Home of Wrestling Radio,” you will soon be able to relive some of the best moments in MNM history, featuring your favorite stars and personalities from Ring of Honor (including: Jim Cornette, Jay Lethal, “The Prodigy” Mike Bennett, Steve Corino, Charlie Haas, Shelton Benjamin, Eddie Edwards, Roderick Strong, & The Embassy’s Prince Nana). More details will be released later this fall, so don’t miss all-new episodes of Monday Night Mayhem, available every Monday evening along the airwaves of the WrestleView Radio Network.