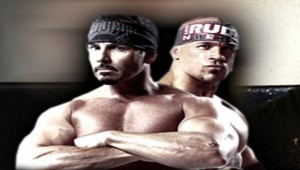 TNA/iMPACT Wrestling stars Chavo Guerrero, Jr. & Hernandez were two of the featured guests on this week’s edition of the award-winning Monday Night Mayhem. You can now feel The Mayhem every week only on the WrestleView Radio Network.

How the situation presented itself for Chavo to become part of the TNA roster and why the company has indeed lived up to his personal & professional expectations thus far: “To be honest, I didn’t really know if I was going to TNA, or if I was gonna stop wrestling, or what I really was going to do. I knew I was going to take some time off, and regroup, and regain some of my sanity after going 12 years in the WWE. Sometimes you have to do that. We just started talking back and forth a bit, me and TNA, over a two-month period, and we decided that would be a good fit. We tried, and it has been working really, really good. I’m just so happy to be there. It’s just nice to have people really appreciate your work, because sometimes people just expect that and never thank you, so it’s a good thing.”

Their initial thoughts when they found out they were going to team up together and why their tag team is “a completely different dynamic” from Los Guerreros or The LAX: (Hernandez): “When Chavo came to TNA, everyone talked about the family heritage and experience, but what they don’t realize is that this guy is reinventing himself. Every match, he’s breaking out something you haven’t seen before, or he hasn’t done in a while.” (Chavo): “Don’t confuse our tag team with Hernandez’s previous tag team partners. Much respect to Homicide. He’s my boy. And with Konnan, the only thing we have in common is that we are Latinos. We are not LAX. They are not just plugging me in as ‘the new Mexican guy.’ It’s a completely different dynamic. This is not Los Guerreros or LAX. It’s completely different.”

Why they are looking forward to their 3-Way Match (vs. Kurt Angle/”The Phenomenal AJ Styles & “The Fallen Angel” Christopher Daniels/Kazarian) for the TNA World Tag Team Titles at Bound For Glory: (Hernandez): “Kurt Angle, in my opinion, is hands down the best performer in the world right now. That’s just how it goes. AJ is AJ. He is the man. This guy truly is phenomenal. He could do anything his body lets him do it’s just crazy. It’s going to take all of my power and everything Chavo can come up with to become (TNA World) Tag Team Champions.” (Chavo): “Kazarian and Daniels are the champs, and they are both really good. They both know how to hold onto those Tag Team belts. I think we match really well against them, because one thing they don’t have is the power. I’m just looking forward to getting to Bound for Glory and facing them.”

Much more is contained in Chavo and Hernandez’s exclusive interview with Monday Night Mayhem, including their candid thoughts on the feeling of what it would mean to them to be crowned the new TNA World Tag Team Champions at Bound For Glory, why they want to keep the torch of tag team wrestling burning, what they believe each one brings to the table that were not in their previous tag teams, the experience of working with Hulk Hogan, Eric Bischoff, & Bruce Prichard and why they are individually & collectively important to the future success of TNA, how Chavo keeps the memory of his uncle Eddie (Guerrero) alive when he wrestles, plus so much more!