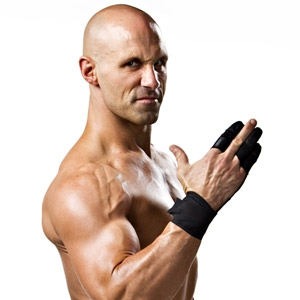 On where Daniels is at in his career right now:  Thrilled, I was surprised that me and Kazarian would find so much success so quickly.

On how Daniels & Kazarian met:  They met in 1996 when he moved to California and they became friends while working together in TNA. Their current characters have blossomed  recently because they are both really snarky guys and TNA creative has given them opportunities to translate it and they have taken advantage of it.

On his future:  Daniels sees himself as a future World Champion. He is closer now than he has ever been and will take advantage of any opportunity given.  Daniels considers himself a locker room leader.

Thoughts on the Claire Lynch storyline:  It could have gone better, but I feel it accomplished the goal of  making AJ Styles look more like a babyface and he and Kazarian look more  heelish. The actress who played Claire wasn’t used to a live crowd and they should have prepared her better.

On who Daniels compares himself & Kazarian to:  Stadler and Waldorf.

Comparisons between the Daniels & Kazarian tag team and other tag teams in TNA:  I feel like this team is getting a better creative look because they  see that the team is bigger than the sum of its parts, whereas in the  past I was more often looked at as a singles guy in a team with another singles guy.

On if he would like to compete against a Gut Check participant:  I was surprised Gut Check hasn’t had a tag team yet, but when it does, I absolutely think me and Kazarian should be the guys to test the team.

On how much time Daniels has left as an in-ring performer:  My career is coming to an end, but I hope it isn’t soon because I still have lots of goals. I want to be World Champion, I want me and Kazarian  to go down as one of the greatest tag teams of all time, but I also  know that I have been very happy to have been able to make a living in wrestling.

This thread is located at http://forums.onlineworldofwrestling.com/showthread.php/20435-TNA-Conference-Call-Q-amp-A-With-Christopher-Daniels