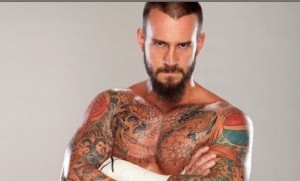 Arda Ocal (@arda_ocal) of the Score Television Network and the Baltimore Sun recently spoke with current WWE Champion CM Punk about the upcoming WWE ’13 video game, his ‘Hell in a Cell’ opponent, what he’d still like to accomplish in WWE and more.

Here are the highlights:
On his ‘Hell in a Cell’ opponent Ryback and whether he’s suprised to face him.
“I’m glad actually. I think you take a look at Ryback and he’s your typical WWE wrestler. He’s what Vince McMahon likes. But conversely, my choice was John Cena or Ryback; Cena’s had shot after shot after shot. To me, the ‘change’ I talked about a year and a half ago was about new people stepping up and getting shots, so I’m excited. Its something new, its something different and I can sink my teeth into it.”