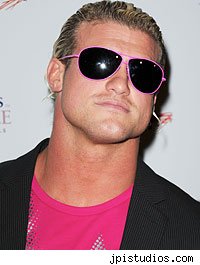 Dolph Ziggler was recently interviewed by The Carroll County Times to promote this weekend’s WWE live events. Here are some highlights:

Q: First of all, let’s talk about you coming back from your recent concussion. Was this the first one you had suffered?

A: Yeah, I mean, I think I had one other one in college, but nothing this bad ever, in my life.

Q: Can you describe what you remember about getting it and the days and weeks after getting it?

A: Yeah, sure. I had a bad headache for a solid two weeks afterwards. I was diagnosed with retrograde amnesia which meant I ended up losing a day and a half, two days of my memory instantly, even though when the incident happened, there was like five more minutes of match that I went through and actually executed very well.

Q: For you personally, was that frustrating for you, not being able to compete, having just won the World Championship?

A: Yes. I can’t imagine anything in my career that’s been any worse than that. I was lucky enough to cash in my Money in the Bank, become World Heavyweight Champion, at this amazing “Monday Night Raw” with this crowd that was electric and I don’t know that we can ever reproduce again, and to have one week of some TVs go back, have a concussion, be out five weeks, have one title defense and lose it, I’ve never been more frustrated in my entire WWE career when that happened.

Q: Talk about working  with AJ and Big E Langston. Do you guys travel together?

A: Yeah, we do, not even all the time, but some of the time the three of us do travel together, and it’s been kind of cool because AJ’s another one who, as a child, wanted to do this — like when I was five, I wanted to do this and I’m doing it now — I think when she was 8 or 10, she decided she wanted to do it and she’s doing it. So that’s brought us together. The two of us, maybe outside of work, never would’ve bumped into each other or said a word.