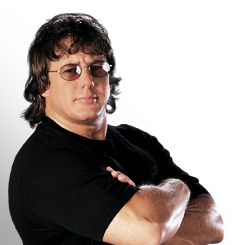 LordsofPain.net writer Daniel Pena reports that Dr. Tom Prichard joined the VOC Wrestling Nation recently to give his thoughts on the debut of Seth Rollins, Dean Ambrose, and Roman Reigns, working with the trio down at FCW, his new wrestling project, and the overall state of the wrestling business. The VOC Wrestling Nation is the flagship program of the VOC Nation Radio Network, and can be heard every Wednesday at 5PM ET worldwide at VOCNation.com. Here are some highlights from the chat with Dr. Tom:

On Rollins, Ambrose and Reigns’ WWE debut: “I don’t know if you can find anything in wrestling that hasn’t been done before, but I look at it the other way. At least these guys finally had the opportunity not to just show up, but to make an impact on a (top) guy like Ryback, who is making an impact right now.”

On the WWE product: “WWE is in a transitional period. The powers that be (HHH) know that they need new blood. The lifeblood of the business is getting new talent and putting them in the mix.”

On Roman Reigns: “Out of the three, Roman Reigns is the greenest, yet he still has talent and untapped potential and charisma to be a major star. Reigns is Sika’s son, so he has the bloodline. He played football in the past, and has overcome a number of personal challenges in his life that none of us can ever imagine.”

On which of Rollins, Ambrose, or Reigns has the most star potential: “The dark horse is Roman Reigns. As far as charisma and workingability, Ambrose is at the top of the list. Rollins has the passion and the attitude that can put you over the top. You have three guys that have their own individual “it factors”. All three guys are smart. Ambrose is crazy like a fox. Rollins is wild like a maverick, but finally understands that there are rules that you need to play by; he has his beliefs, and he won’t sacrifice what he believes in, but he’s finally figured out (how to workthe system).”

On his departure from WWE developmental: “When anyone new comes in, they want their team. When Bill DeMott came back, I knew that the writing was on the wall. Canyon Cemen, who took over Ty Bailey’s place, is very new to the business and really knows nothing. I was very honest with him when I probably shouldn’t have been. I told him that he came across like an a—hole in his initial meeting with the talent, and the writing was on the wall from there. I understand how it works. HHH wants his own people. If they can’t produce stars, but proof will be in the ratings.”

On how to be successful in wrestling: “It’s more how you handle yourself backstage than anything. If you show up at the arena at 12:30, you have 9 hours before showtime where the (powers that be) can see you and judge you. Someone much wiser than I told me on a plane ride not too long ago, that you have to understand who you can be honest with and who you can’t.”

Question:  Do you think the Shield will make an impact in WWE?