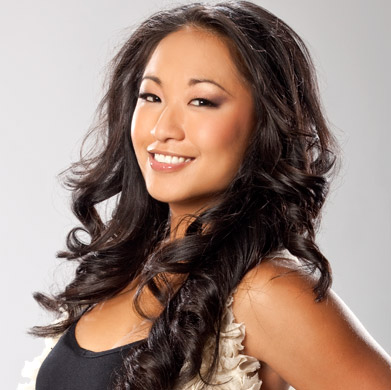 Gail Kim appeared on the Big WrestleShark Show with Simon Cassidy and David Thomson, where she discussed her career to date, WWE vs TNA, the current batch of Knockouts and much more. The Big WrestleShark Show airs LIVE every Tuesday night at 10:00 p.m. on Pulse 98.4 or PulseOnAir.co.uk. Highlights from the interview are as follows:

Being the first ever Knockouts Champion and what it means to her: “Oh my gosh. Every time people ask me what is the favorite moment of your career, for most people it’s really hard, but for me it’s easy. Being the first Knockout champion. Because we fought for that division, I mean when I first came in I had to wait about a year and a half before we started wrestling. When they told us they were bringing in a womens championship, we literally screamed out loud in the arena. You just never know what’s going to happen. At that time we had about five girls, and they weren’t all wrestlers. Then all of a sudden they bring in about ten girls and you never know what’s going to happen when you bring in ten people. They all got hired and it was pretty much an overnight success.”

If they can replicate the initial success of the division: “Definitely. It was magical. I always account Scott D’Amore, who was the female agent at the time for a lot of that magic. Then you had me and Awesome Kong: that was the best program of my life, the feud of my career. Even to this day, I say those were the best those were the best years.”

The current batch of Knockouts: “Well there’s not many of us left to be honest. I heard someone say there are 10, but I’m not sure there’s even that many. The recent ones who have just departed like Rosita, Sarita… you know there’s still Velvet and Tara, but they’re all so talented. And they really highlight us, when you see us you always know it’s gonna be a great match.”

If she would like to see some old faces return: “Oh definitely, everyone always says ‘oh I would love to see Awesome Kong come back’ and I’m just like ‘aww man, I dunno if my body could take that [laughs]’. But you know there are so many talented girls out there… I would loved to have wrestled Sarita as we’re both very Mexican influenced, but maybe someday.”

How ‘the competition’ does things: “In terms of the women’s wrestling, you can clearly see we are given more time, the girls’ athletic ability is highlighted more over here. That’s what I’ve always loved, being in the ring and wrestling. So for me, personally, I prefer it here. I’ve experienced both companies, twice, and I definitely prefer my time here.

“In terms of the company as a whole, WWE has been around forever and Vince knows what he’s doing. Here, we’re a family and we’re just striving to get to that point. We have a very talented group of athletes and a great office who are very encouraging and supportive. I think eventually we will get to that point we want to get to.”