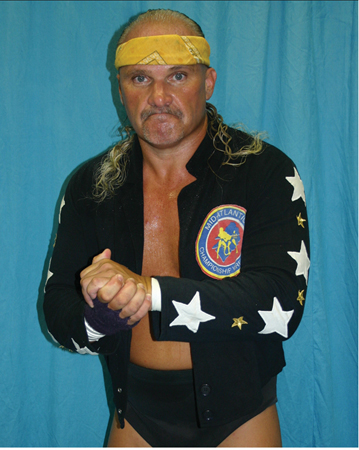 Why are there no more good heels in wrestling?

“Well, you know, the worst thing I think that has happened is most heels or bad guys think if they just go out and cuss somebody that’s going to get heat.  I always tell guys that most of the fans are getting cussed out at their jobs, they’re getting cussed out at home by their husband or wife, if they come to the matches the last thing they want to do is get cussed out.  What’s missing is you really don’t have many heels left to pass on that knowledge of pulling the hair or having a little gimmick in your tights or something; it’s a lost art.  The biggest thing now that I think is it’s hard to tell who the heels are and who the babyfaces are.  It goes all the way back to the way I was trained; that the heel’s number one job is to get the babyface over.  That’s where you run into a brick wall with your heels; they think it’s the other way around.  They don’t have a clue that they’re there to get that babyface over.”

What do you think is the role of the referee in a match?

“The referee is such an important part.  I get so mad at some of these young referees now that I just tell them to stay home…Guys nowadays; they either believe too much or they don’t believe enough.  I’ve had guys that threatened to disqualify me; and they meant it…People have to believe that that referee can disqualify you and get rid of you anytime they want to.  It’s just hard to find a good referee.  Most referees now, they want to be the show.  They don’t care about the two guys in the ring.”

Is there something you can do to slow down overexposure in young wrestlers?

“What’s missing is these poor kids don’t have a chance to mess up…If my son or somebody started, we’d put ‘em under a mask and let ‘em go out there and start working these first and second matches, and let ‘em mess up, let ‘em learn, let ‘em learn how to call a match.  These poor kids now; they don’t have a chance.  From day one, most of them are put on television.  By the time they get to learning this business, you’re tired of them already.  A lot of that is there are no territories, there’s nowhere to send them; but I wish there was a place these young kids could just go.  Put a mask on them and let ‘em work, let ‘em laugh, let ‘em travel, let ‘em just get used to that.  I don’t know how they do it; now you’re in front of that camera from day one.”

What was his purpose for writing his book?

“I remember one of the first ladies that bought my book, and she read it, and she called me and said, ‘Well, I’ve got one problem.  There’s nothing dark; there’s nothing sad in your book.’  And I said, ‘Lady, are you crazy?”…I guess she may have had a point. I guess people do want to read that, but I wasn’t going to have that.  There’s just too much good that I’ve seen in pro wrestling; too many great stories…When I first started in this business, this real old timer told me something I’ve never forgotten:  ‘You know, in this business you gotta lift people up.  Don’t bring people down.’  I don’t know what he even meant by that at that time, but I’ve always tried to leave our business in a better place than I found it.  For so long it ain’t been that way.  You can’t just take, take, take and not give something back to our business.  I try to do that, and I don’t always succeed at it, but that’s what I wanted my book to do.”

To get a copy of George’s book “Dad You Don’t Work, You Wrestle”, go to http://www.GeorgeSouthBook.com.

This interview is available for listening at http://www.iyhwrestling.com/viewnews.php?autoid=7806.