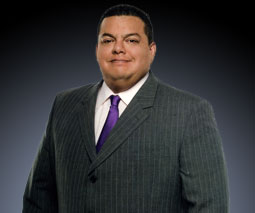 On the big deal over the CM Punk fan incident:

“It’s different times now from when I got into the business. We’re talking about times where stadiums were filled where you could bring all these big athletes that you could create these great stories even with blood with the Funks, Sammartino, etc. But it meant something, but it’s not this era where you say something and someone’s emotionally hurt and there’s a lawsuit. These guys travel over 200 days a year, pressure of performing, the mentality of a superstar of today is “we had a great match last night, but we have to do better tonight” they’re so focused. We love fans but it’s a shame that some have to ruin it for everyone and get involved with the wrestlers like that.”

Biggest pop he ever heard at ringside:

“It was the Hulk Hogan against The Rock.  The people turned on the Rock, Rock immediately accepted the moment and became the heel. The pop of the place when we saw this legend Hogan and this new icon Rock. They told the story of the match. Every punch that Hogan threw it was like a big pop, it became an instant classic. One of those huge matches that you see.”

Thoughts on Sin Cara and his problems in WWE:

“I believe somebody like a Ricky Steamboat, one of the agents, or Arn Anderson or even Rey Mysterio, I think somebody has to be like a mentor for him. I almost blew my life and I was given a second chance. When there’s a potential, if the person wants it, if he could have a special mentor who would tell him “hey here’s what you have to do to change this about psychology, style or his life” to coach him in matches or in life, it helps. I remember the night before Wrestlemania 16 years ago in Chicago I was ready to commit suicide, Savio Vega came into this room in Chicago, Pat Patterson, Gerry Brisco were there, they hugged me, they didn’t realize but they stopped me from doing something crazy. Having been in that situation, if a talent realizes he needs help with his career and life, why not take advantage? I Believe if he gets the right attitude he could be great. I preach with my wife now in churches and I say your attitude decides your altitude.”

You can hear the full interview here: https://www.facebook.com/theinsidenetwork.