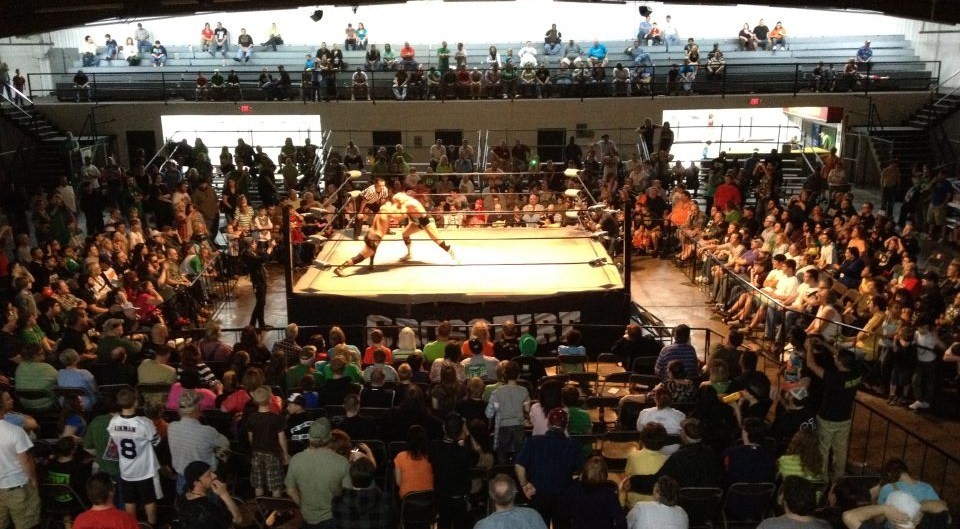 2. Arianna and Eve went to a No Contest after Kennadi Brink ran in and attacked both women and the referee until Saraya Knight ran out to make the save and challenged Brink to a match for later.

7. EVOLVE Champion Timothy Thatcher def. Drew Gulak in a Squared Circle of Survival Match to retain the title. The match featured the ropes being taken down and the canvas removed to expose the wooden planks underneath the ring. Thatcher sustained a bad concussion during the match and was taken to the hospital after the show. Prior to the main event is where the comment that Joey Styles made took place in a promo segment with Stokely Hathaway that led to his quick firing from the company.

* Before the show, a Hall of Fame segment took place where Da Hit Squad, Homicide and Low Ki were inducted into the JAPW Hall of Fame.

3. Deonna Purazzo def. Sumie Sakai. Purazzo suffered a nasty cut above her eye during the match.

6. Joker and Kyle the Beast went to a No Contest.

8. Shazza McKenzie def. Shayna Baszler by DQ after Baszler hit her with a lead pipe.

* Segment before the iPPV where NXT GM William Regal offered Tony Nese a WWE contract and Nese officially signed in the ring.

9. Shazza McKenzie def. Shayna Baszler in a No DQ Match. McKenzie was busted open during the match and had to get seven staples to close up a cut in her head afterwards.

10. Saraya Knight def. Nicole Matthews in a Berwyn Bunkhouse Brawl after choking Matthews out by hanging her over the ropes.