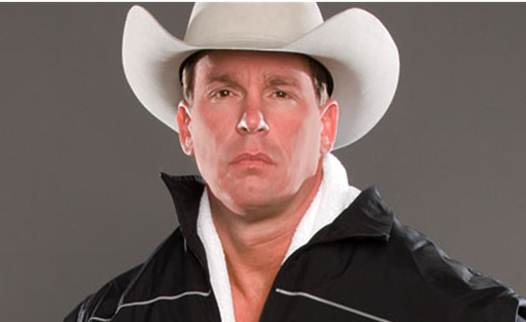 JBL was recently interviewed by Wrestling 101. Here are some highlights:

Getting his break with WWE and teaming with Barry Windham: “That to me was what I thought was my big break, and it turned out it wasn’t for a lot of reasons. The head of creative at the time Vince Russo didn’t think much of me or Barry I believe, he’s selling comic books or whatever he’s doing right now so that tells you what you need to know about Vince Russo.

“I thought that was my big break, I idolized Barry and a still do to this day, he still had a lot of gas left in the tank, and for whatever reason they didn’t want to use him. The tag team never went anywhere but for me it was a big deal.”

His career highlights: “Eddie Guerrero, he was the biggest influence on my singles career. I’m not sure the JBL character would be alive if not for Eddie, he really made the career that I had. The Undertaker feud that I had was huge for me, but I got to wrestle every top star during that era, I got to wrestle, Booker T, Dave Batista, John Cena, I really had a fun and incredible run, the run came later in my life so I really had the opportunity to enjoy it.

“One of the greatest things that I got to do was pass the torch to John Cena, which I absolutely take zero credit for, he would have gone to the top anyway but I was lucky enough to be the guy that passed the torch and I was very honored to be able to do that.”

If the Zeb Colter – Jack Swagger is similar to his storyline with Eddie Guerrero: “It’s hard to compare because I’m too close to the situation, as far as what Eddie and I did and what Swagger and Del Rio are doing right now, Eddie and I had something that was really magical, we were dear friends and Eddie was the groomsman at my wedding.

“It’s hard to compare eras, and I don’t know how to compare what Eddie and I did and the situation between Swagger and Del Rio, when I was so close to Eddie. Someone looking from the outside in, they could probably do it pretty easily but me I’m too biased.”